Elliott warns Bayan will improve for first run since 2015 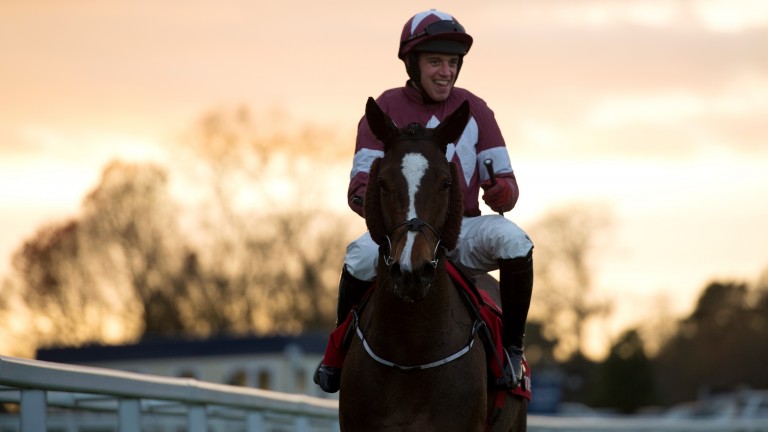 Ireland has long been regarded as the breeding ground for some of the world's finest jockeys and in Friday's Hackett Apprentice Derby 20 of the most promising will bid for success over the same course and distance as the Irish Derby that will follow less than 24 hours later.

An intriguing runner from the Gordon Elliott yard is The Ladbroke Hurdle winner of 2014, Bayan, who hasn't been seen since he ran in the Cesarewitch at Newmarket in October 2015.

He will have to defy an absence of 629 days, but on the up side has slipped to an attractive mark of 77 and has talented rider Sean Davis aboard.

Slaney Street represents Jim Bolger, who sent out Oumaladia to win the 1997 renewal under one Jamie Spencer in a field which also included riders such as Fran Berry, Declan McDonogh and Colm O'Donoghue. This time the master of Coolcullen gives the ride to Gavin Ryan, who takes off 7lb.

Jim Bolger: gave Jamie Spencer a win in this race 20 years ago
Alain Barr
Steelyeyed's recent Fairyhouse performances allow her to creep in at the bottom of the weights, whilst Whatsforudontgobyu, perhaps better known as a hurdler, won on the Flat at the 2015 Galway festival.

Adrian Keatley's Zeftan has twice delivered big-race successes at the Curragh, landing the Ladies Derby on two occasions. He is now rated below his highest winning mark and made a fine seasonal reappearance at this venue earlier this month.

Ana and Joseph at the double

Gordon Elliott, trainer of Bayan and Miro (reserve)
It's Bayan's first run back obviously after his bit of an injury. We'd be hopeful that he'd run well but improve for this start. If Miro gets in as first reserve we'd be expecting him to run well.

Pat Martin, trainer of Steelyeyed
The Curragh will suit her well, I hope the ground stays with a bit of moisture in it. We have a good draw and there's only one way to ride her and that's prominently. She's in good form and Gary (Halpin) suggested this race for her about a month ago and we've had it in the back of our minds since. We're really looking forward to it.

Peter Fahey, trainer of Serefeli
It's Serefeli's first run back after a break and two good runs at Dundalk. He'll come on for the run but we're hoping he'll run a nice race.

Adrian Keatley, trainer of Zeftan
He likes the Curragh and we were happy with his first run back. Danny Sheehy rides her and he's in form. Hopefully they'll go quick tomorrow and he can come at them late. We're hoping Zeftan can continue the form of our recent runners.

FIRST PUBLISHED 6:00PM, JUN 29 2017
It's Bayan's first run back obviously after his bit of an injury. We'd be hopeful that he'd run well but improve for this start