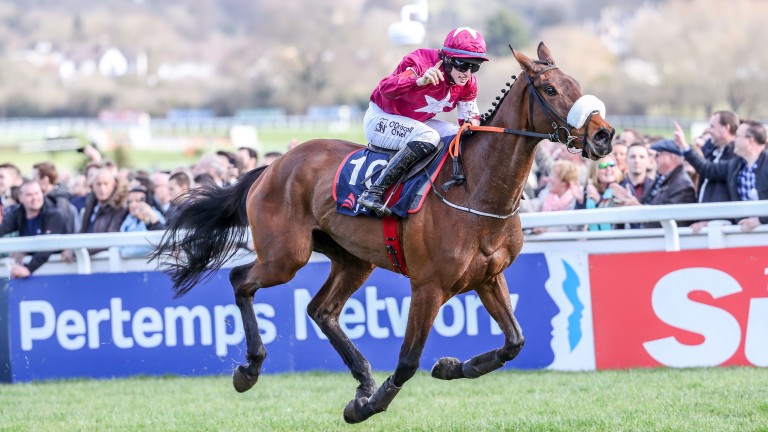 Shattered Love, who landed the JLT Novices' Chase at the Cheltenham Festival in March, returns to action against five rivals in this conditions event, whose past winners include Don Cossack and Ptit Zig.

That Cheltenham success was one of two Grade 1 victories last season for the seven-year-old, whose trainer Gordon Elliott said: "Shattered Love is in good order and ready to start her campaign. We're hoping for a good run."

Elliott also saddles another festival winner in the shape of The Storyteller, who was successful in the Brown Advisory & Merriebelle Plate Handicap Chase at Cheltenham before landing the Grade 1 Growise Champion Novice Chase at Punchestown in April.

The trainer added: "He's in good form and ready to start back. We'll see how things go, but he'll come on for the run."

Monalee, who won the Grade 1 Flogas Novice Chase at Leopardstown last season before finishing second to Presenting Percy in the RSA Chase, represents Henry de Bromhead. Another seven-year-old, he will be having his first run since falling two out in the race won by The Storyteller at Punchestown at the end of last term.

Noel Fehily, who partnered the seven-year-old three times last season, is again on board.

Snow Falcon, winner of the Kerry National at Listowel in September, gives Noel Meade, successful with Disko a year ago, the chance of back-to-back victories in this race.

Meade said: "Snow Falcon is in terrific form. We've had this race in mind for him for a while as he has no penalty and we're hoping for a big run."

Peregrine Run, successful at Wexford on Monday, when he won a 2m7f Listed chase by eight lengths, turns out again with trainer Peter Fahey keen to give him another run while the ground remains good.

FIRST PUBLISHED 6:00PM, NOV 2 2018
Snow Falcon is in terrific form. We've had this race in mind for him for a while as he has no penalty and we're hoping for a big run