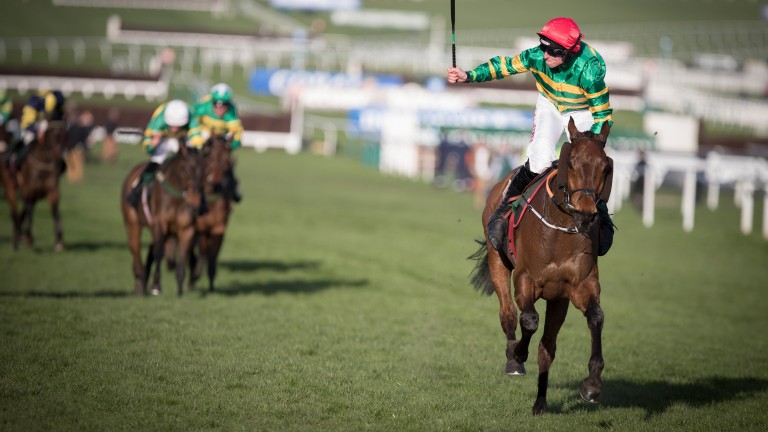 Cause Of Causes bids to land a remarkable fourth successive victory at the festival by repeating last year's triumph in this race.

The Gordon Elliott-trained Cause Of Causes followed wins in the National Hunt Chase and Fulke Walwyn Kim Muir with a nine-length success over  stablemate Bless The Wings – who reopposes – in this unique contest last spring.

Cause Of Causes, who will again be ridden by Jamie Codd, is bidding to become the second horse to win back-to-back renewals of this race. Garde Champetre, also owned by JP McManus, is the only horse to have achieved the feat.

Elliott said: "Cause Of Causes loves the place and I couldn't be happier with him. The testing ground isn't an issue." 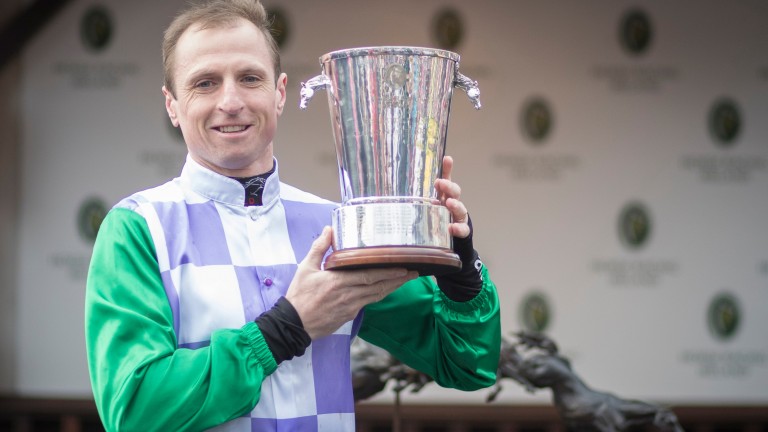 Davy Russell's mount Bless The Wings is running at the festival for the seventh time and has finished second on his last three visits, including in the last two runnings of this race.

Elliott said: "Bless The Wings has been a great old servant and we're hoping he'll run in the money again."

The trainer is also represented by the Keith Donoghue-ridden Tiger Roll, a dual festival winner, having landed the National Hunt Chase last year and Triumph Hurdle in 2014.

Elliott added: "Tiger Roll won the four-miler last year and is in very good form, but the conditions are a concern."

Enda Bolger has won five of the 13 renewals of this contest and runs cross-country regulars Auvergnat, Cantlow and Josies Orders, while the home challenge is headed by leading Randox Health Grand National contender The Last Samuri.

Enda Bolger, trainer of Auvergnat, Cantlow and Josies Orders
I think we all know Cause Of Causes is the best horse in the race and you've also got The Last Samuri in there, who is very classy, so my three are there to pick up the pieces. Josies Orders will definitely like the testing ground, as will Auvergnat, but I don't think it will suit Cantlow at all. They're all in great nick, but we're going there in hope rather than expectation.

Richard Hobson, trainer of Chic Name
He’s got a massive task but on ratings he's not a mile out of it. He's more a horse for years to come in this discipline. We’ve trained him for it and he stays well. If he were in the first four or five I wouldn’t be that surprised.

Tom George, trainer of Saint Are
This is his prep race for the National and it should put him right for next month. He enjoyed schooling over the fences and we're looking forward to it.

Kim Bailey, trainer of The Last Samuri
He took to the fences very well when we schooled him. It's a stepping stone to the National but he'll handle the ground.

Emmanuel Clayeux, trainer of Urgent De Gregaine and Vicomte Du Seuil
Urgent De Gregaine might have run back a bit quick at Cheltenham in December after the Pardubice so I've given him plenty of time. I just hope he isn’t too fresh because when I walked the course the ground is very heavy and he can pull a little. That's the only worry though and he seems very well. Vicomte Du Seuil had a nice light weight here in December and is off levels now. He's probably less at ease in heavy ground but his run last time entitles him to run.

David Cottin, trainer of Urumqi
He doesn’t really enjoy heavy ground but I hope the fact it’s the only race of the week on the track will help. He has the right profile for this race as he's tough, jumps well and stays.

Patrice Quinton, trainer of Belamix Dor
She's a long-striding mare who's run well at Pau over the winter in steeplechases, which correspond better with the Cheltenham cross-country course than our equivalent races in France. The only question mark is that she's never attempted a race over this far, although I think she'll stay.

FIRST PUBLISHED 6:00PM, MAR 13 2018
Cause Of Causes loves the place and I couldn't be happier with him. The testing ground isn't an issue for him