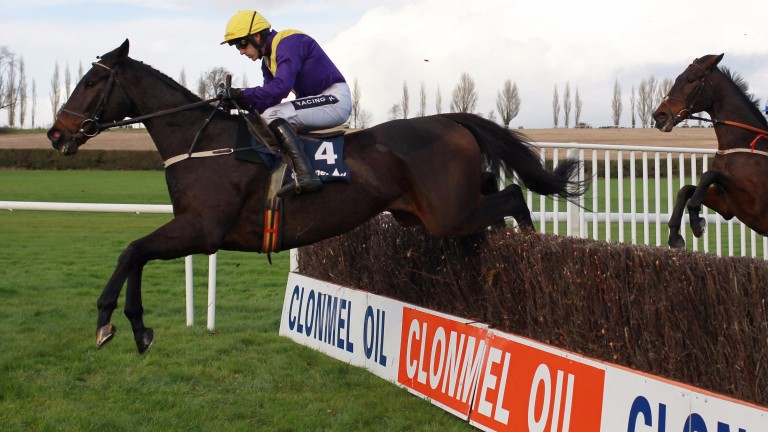 Imagine Outlander almost showed up here. It was the flip of a coin between this or the Lexus, and Gordon Elliott must be thanking his lucky stars that the coin toss landed on Leopardstown.

Now Outlander has won the Lexus and given Elliott another string to his Timico Cheltenham Gold Cup bow, it is left to Roi Des Francs and Grade 1 winner Clarcam to follow in the footsteps of Roi Du Mee, who won the race for the stable in 2013 and again in 2015.

Like Outlander, Roi Des Francs used to be trained by Willie Mullins and there was plenty to like about his latest effort at Thurles when third behind former Cheltenham Festival winners Champagne Fever and Lord Windermere.

Elliott said: "Roi Des Francs is in good form and this looked a nice type of race for him. I was pleased with him at Thurles and hopefully he'll improve on that in a race we've done well in over the last couple of years.

"Clarcam owes us nothing and is a Grade 1 winner. We'd be thrilled if he could pick up a bit of prize-money."

Alelchi Inois is the highest-rated runner in the line-up with a mark of 160 but has to give weight away to everything under Paul Townend.

'He looks to have an obvious chance'

Trainer Willie Mullins said: "Alelchi Inois is our only runner at Tramore. He looks to have an obvious chance at a track where he won on his only previous visit. He'd probably prefer better ground, although he seems more adaptable nowadays."

After some near-misses over the festive period and some "cuts and scrapes" picked up by stable star Identity Thief when he was pulled up, Henry de Bromhead has had some much-needed respite thanks to the victory of Petit Mouchoir and Show And Go at Punchestown, and that trend could continue with the classy Champagne West.

De Bromhead said: "He made a nasty mistake at the third-last at Gowran Park, but his schooling had been great. He's a good horse on his day and hopefully will be able to show that here."

The quality quintet is completed by the Charles Byrnes-trained Shanpallas.

FIRST PUBLISHED 6:00PM, DEC 31 2016
Roi Des Francs is in good form and this looked a nice type of race for him. I was pleased with him at Thurles and hopefully he will improve upon that in a race we have done well in over the last couple of years