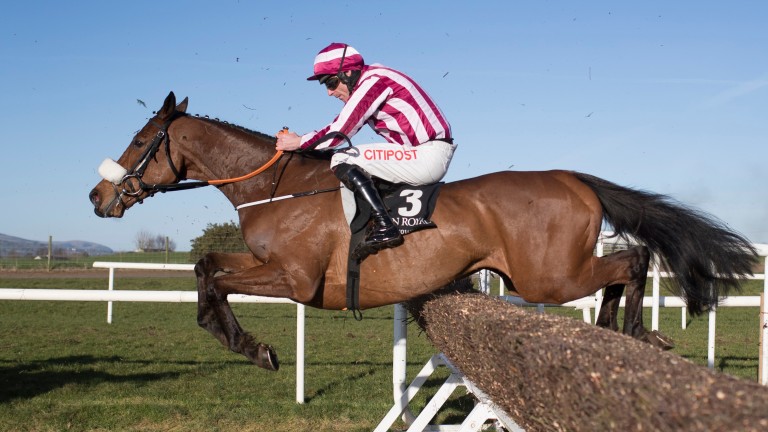 Mala Beach: has strong claims with conditions in his favour
Patrick McCann (racingpost.com/photos)
1 of 1
By Brian Sheerin 6:00PM, MAR 31 2018

With so many tasty dishes on offer at Fairyhouse it would be easy to forget there is some top-notch jumping action at Cork this weekend, the pick of which is Sunday's Imperial Call Chase.

Mala Beach, this season’s Troytown Chase winner, advertised his well-being when winning a €20,000 chase at Down Royal last month and Gordon Elliott believes his charge should be hard to stop in this €32,500 contest with conditions in the ten-year-old’s favour.

He said: “One thing about Mala Beach is that he loves soft ground – the softer the better really. He looks well treated, is in very good form and I’d say it’s a good opportunity for him.”

Val De Ferbet took this contest 12 months ago for Andrew McNamara but was well held behind Mala Beach in that Down Royal race last month and McNamara is hopeful rather than confident.

He said: “It looks as though Mala Beach will be tough to beat but there’s plenty of place prize-money up for grabs. The ground is heavier than we’d have liked but he's in good form.”

One who will not mind the ground is the Liam Burke-trained Sumos Novios, who comes here off the back of a win in a veterans' chase at Wexford last time and revels in heavy going.

The five-runner field is made up by The Winkler, trained by Eoin Doyle, and Robert Tyner's novice West Bridge.

FIRST PUBLISHED 6:00PM, MAR 31 2018
“It looks as though Mala Beach will be tough to beat but there’s plenty of place prize money up for grabs