Elliott banking on Beckford for first Group 1 in National Stakes 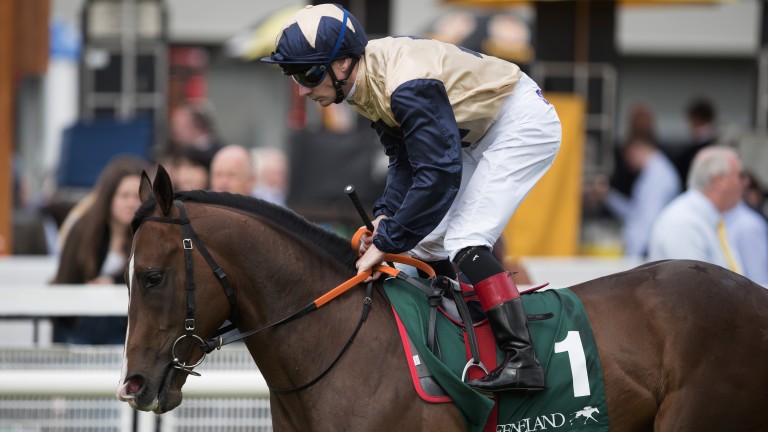 Gordon Elliott is under no illusions about the task facing Beckford in the National Stakes at the Curragh on Sunday, but the 39-year-old trainer believes this is the weekend he can make his Group 1 breakthrough.

Beckford provided Elliott with his first two-year-old success with his first such runner when he landed a Curragh maiden in May, before winning the Group 2 Railway Stakes at the same venue on his second start in July.

Those two victories were recorded over six furlongs, the same distance over which he was narrowly defeated by Sioux Nation in the Group 1 Phoenix Stakes last month, but Elliott believes the step up to seven furlongs and softer ground will suit the colt this weekend.

He said: “I think the step up in trip will help, and the ground looks like it will be perfect – he wouldn’t mind any rain between now and the race; if anything it might even suit him better.

“The only thing about stepping up to seven furlongs is that you're meeting better horses, and Aidan [O'Brien] is going to be very hard to beat.”

O'Brien has the 4-11 favourite in Gustav Klimt among a team of 11 still in contention following Tuesday's forfeits, with Beckford an 11-2 shot.

“We were a little disappointed after Beckford was beaten in the Phoenix, but in hindsight he galloped all the way out to the line and did everything right bar win," continued Elliott.

“I'd say if there'd been any rain about that day he probably would have won. I think he's a good horse, and he’s been very good since that race, so hopefully he can do it.”

While Elliott is better versed in readying bigger beasts for some of the major jumps festivals, he admits he has enjoyed his first real foray on the Flat this summer and believes Beckford has what it takes to deliver that breakthrough Group 1 success.

“We don't have anything that can work with him, so everything he does, he does it on the bridle," he said. "He's really laid-back and doesn’t do anything fancy. When they're like that at home but manage to produce it on the track, that’s always good.

“I’m a National Hunt man but we're running a business and the few Flat runners have helped keep us going through the summer, but to come across one as good as Beckford, you couldn’t have expected that.

“He's working very well and Lisa O'Neill does everything with him. She's very happy with how he is so we're looking forward to taking our chance on Sunday.”

Elliott showcases his prowess on the Flat as Beckford proves best

FIRST PUBLISHED 4:07PM, SEP 5 2017
We don't have anything that can work with him so everything he does, he does it on the bridle