El Bandit the one to beat in Nicholls and Skelton shootout 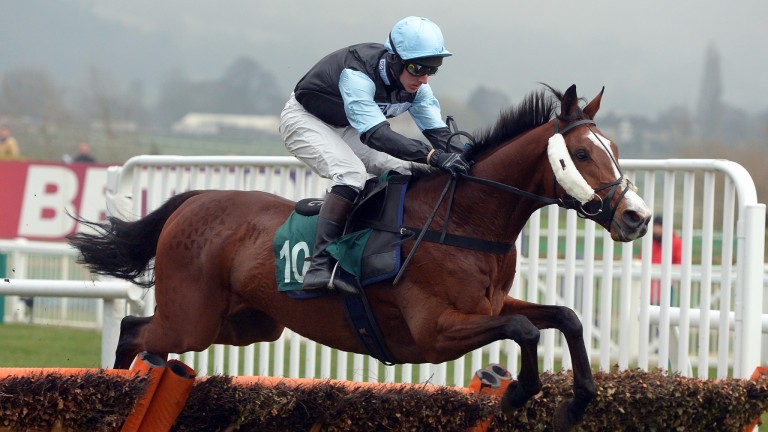 El Bandit, who started a sequence of five straight wins over hurdles at Warwick this time last year, returns to the track in a bid to get his chasing career off to a winning start in the 188bet.co.uk Novices' Chase.

In what looks a likely match between Paul Nicholls and his former assistant Dan Skelton, El Bandit meets the more experienced Shelford, who got off the mark over fences in a beginners' chase at Towcester in March.

El Bandit won six times over hurdles to reach a rating of 141 and was last seen finishing tenth in the Pertemps Final at the Cheltenham Festival.

The £20,000 contest is the feature on a card transferred from Wincanton due to the ground at that track being too quick to host the fixture.

Nicholls said: "I earmarked this for El Bandit a long way back. It was going to be at Wincanton and I had aimed him for it after Cheltenham because I wanted to give him a start over fences before I put him away. Warwick will be fine for him, as will the ground.

"On form and ratings and with the other [Shelford] carrying a penalty, mine should win, but you never know for sure because he has got to jump."

Shelford's wins over hurdles include the 2014 Silver Trophy at Chepstow and at his best he was rated 147 in that sphere, but his rating over fences is 129 after two narrow defeats since his opening win.

"Shelford has done well in his three starts over fences and he'll run well again," said Skelton. "We're rated 129 having to give weight to Paul's rated 141. He's in the box seat.

"The race is worth £20,000 and I can't believe there weren't more entries. We're all doing our best to try to get more novice chases because it's for the good of the sport and unfortunately things like this don't help support the argument.

"If this race was in November it would be heavily subscribed, but you have to commend Jockey Club Racecourses for putting on the money. Unfortunately it hasn't got the numbers wanted but it doesn't mean it won't another day.

"Paul's is probably going to win but it's a shame there wasn't a bit more competition for the money."

Nicholls was equally surprised by the turnout, which is completed by the Laura Hurley-trained Vote Of Confidence.

Nicholls said: "There were five entered at the six-day stage and then it was re-offered and there were still five entered, of which four were mine and Dan's. Why? It's a good question. For £20,000 I was very surprised by the entry for such a valuable race.

"There are so many handicaps now for novices to run in that these races don't get so many entries, that's probably why."

FIRST PUBLISHED 6:00PM, MAY 15 2017
On form and ratings and with Shelford carrying a penalty, mine should win, but you never know for sure because he has got to jump