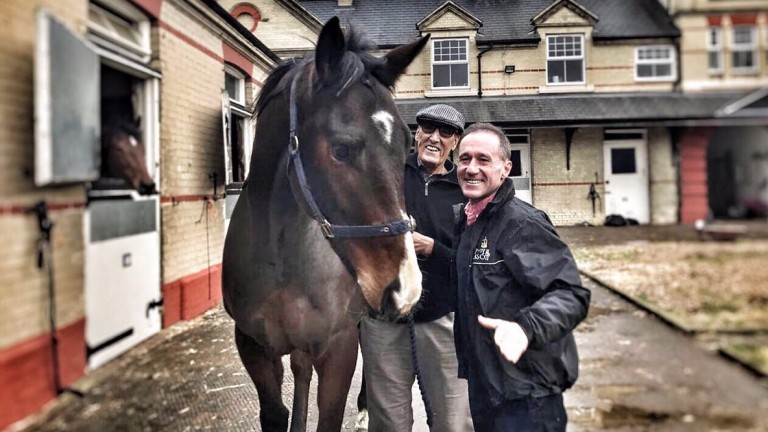 Jockey John Egan on Thursday paid a warm tribute to owner Stewart Brown, saying he had lost his best friend.

Brown, who died from cancer at the age of 62 on Tuesday, had enjoyed a handful of winners in his pink and purple colours in recent years, most notably Cottesloe and Waneen.

He also owned Madam Dancealot before selling the subsequent Group 3 winner for a handsome profit.

Egan, who rode most of Brown's horses, said: "I got to know him a few years ago. He'd had horses for a while but never had a winner.

"We met randomly on the way out of Wolverhampton one day. We had a chat and got friendly and he came over to Ireland with me to buy a horse. That was Cottesloe, his first winner, who won twice for John Berry.

"He then got Madam Dancealot very cheaply and she made her debut at Chester finishing second to Mehmas, who went on to win the July Stakes and Richmond Stakes.

"We took her to the sales just before Royal Ascot and sold her for £100,000, and she then came out and won a Group 3, so everybody was happy.

"Stewart loved the game, absolutely loved racing. He'd ring me every morning just to have a chat – how were the horses, had I been riding out?"

Brown, who is survived by his wife and two daughters, was based in Wigan and ran a company selling electronic cigarettes.

"He went from just an ordinary man to somebody who had quite a bit of money, but it never changed him," Egan added. "He loved going racing and he died doing what he loved. I spoke to him only a few minutes before he died and he just said, 'Take care of the horses'.

"Out of the horses we had, Mrs Brown is going to keep one. It's with Mohammed Moubarak and is called Our Kim, who is named after their daughter who died of cancer a few years ago as well.

"I was very tight with him and he'd be the best friend I had. He came to Dingle to watch my son in the pony racing and once said, 'Until the day I die I'm never going to miss a festival at Dingle again'."

Joe Tuite, who trained Madam Dancealot before her sale to America at the end of last year, said: "Stewart was a lovely man, a very easy owner to deal with and he got a great buzz out of the sport."