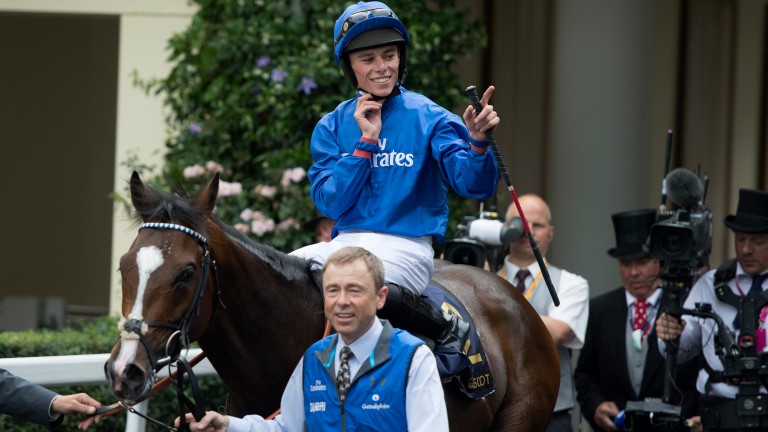 Bookmakers reckon the battle to be champion apprentice is a two-horse race despite there being well over two months still to go.

David Egan leads Kieran Shoemark by 26 winners to 25, the pair clear of a pack headed by George Wood on 19.

Both riders are playing down their prospects in the Stobart-backed competition, which was won last year by Josephine Gordon and ends on October 21, but Shoemark is a top-priced 5-4 with William Hill and odds-on elsewhere, while Egan is a best-priced 15-8 with Paddy Power.

Shoemark, who enjoyed Royal Ascot success on Atty Persse for boss Roger Charlton and rode out his claim with a treble at Epsom last month, said: "It's going well and I'm getting plenty of support, but there's a long way to go still.

"It's pretty tight between myself and David, but I could have 30-odd rides in the next five or six days and I'll keep my foot on the gas. If it happens it happens, but it would be an achievement. A lot of top jockeys were champion apprentice first."

Egan, elder son of jockey John and apprenticed to Roger Varian, is less experienced but has the advantages of a 5lb claim and being significantly lighter.

He said: "It's been a good season so far and I've been riding for a lot of different trainers and a lot of big ones. There’s been a lot of good opportunities, including a couple last week at Glorious Goodwood, where I finished third in the Stewards' Cup and second for Sir Michael Stoute and the Queen. 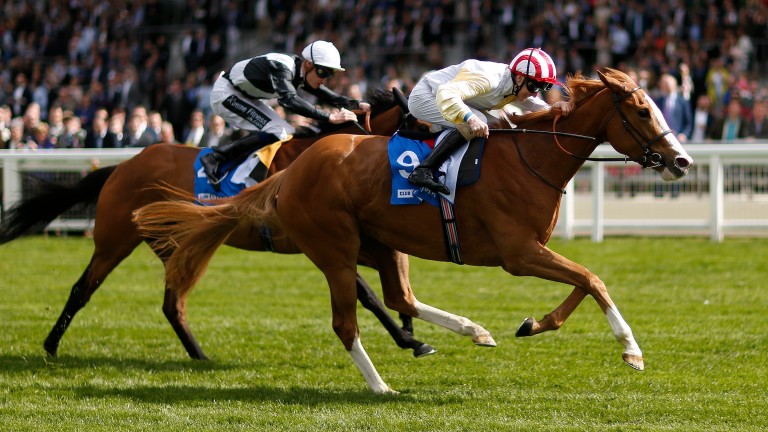 David Egan wins on Tisbutadream at Ascot in May
Alan Crowhurst

"I want to keep my head down, keep the momentum going, and if it happens it happens. It's a great achievement to have but you want a long career, not just the apprentice title. If I'm in contention towards the end of the season I'll start thinking about it more, but there’s a long way to go."

Paul Binfield of Paddy Power said: "It's looking increasingly like a two-horse race, and despite David's slender lead we feel Kieran is the stronger option. He has the backing of his boss Roger Charlton and is starting to benefit from increasing opportunities from some of the top Newmarket stables."

Coral spokesman Dave Stevens added: "The odds suggest it will be fought out by Kieran and David, and we narrowly favour Kieran, with his link-up with trainer Roger Charlton, in particular, likely to provide crucial winners in weeks to come."

FIRST PUBLISHED 9:25AM, AUG 9 2017
It's pretty tight between myself and David, but I could have 30-odd rides in the next five or six days and I'll keep my foot on the gas