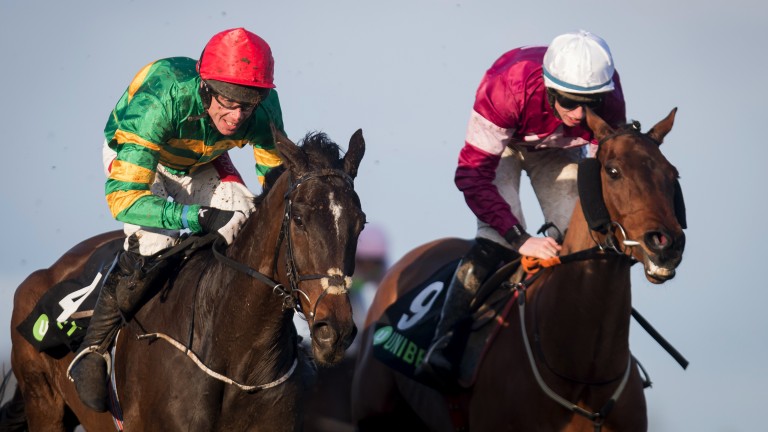 The extraordinary recovery of Edwulf from almost losing his life at Cheltenham last year to winning the Unibet Irish Gold Cup was "not in anybody's wildest dreams" according to those involved in the epic effort to save him.

Cheltenham's clerk of the course Simon Claisse said the chaser's miraculous comeback was a tribute to the professionalism of the veterinary team and others who attended to the horse on the track, and on his return to Ireland, when he collapsed after the final fence of the National Hunt Chase.

His trainer Joseph O'Brien on Sunday recounted how Edwulf underwent treatment behind the green screens on the racecourse for an hour and a half, spending much of that time prone, amid genuine fears he would not survive after the horse suffered a fit as a result of oxygen starvation to the brain. 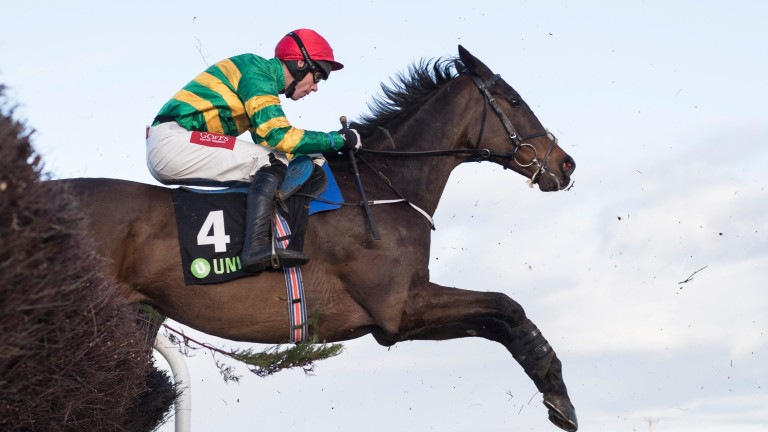 Liam Kearns, who led the veterinary team at Cheltenham, said: "Most of the horses we deal with in recumbency for a long time are down due to falling or being brought down so there is a physical trauma involved and you are trying to assess what physical injury might be affecting a horse's nervous system.

"He was down for probably a bit longer than 40 minutes and when he got up he was still quite uncoordinated. To have him up and then fit to walk in and support himself in the ambulance there was a bit of a delay. It was an exceptionally long time. Once you go on beyond that 40 minute stage it is a rare occurrence for a horse like that to get up."

The team working on Edwulf in the vital hour after his collapse also included owner JP McManus's own vets Gerald Kelly and John Halley and with the help of the officers from the local fire service he was put onto a drag mat and pulled to the side of the course to enable treatment to continue while the final race was run. 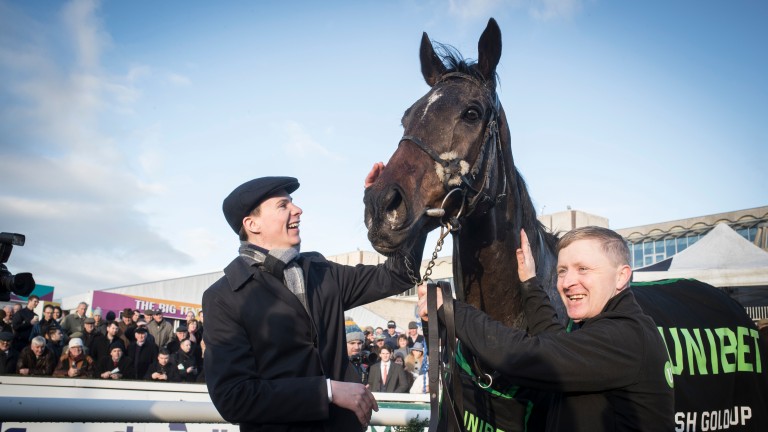 Once on his feet Edwulf was taken to Three Counties Equine Hospital, near Tewkesbury, under police escort where he recovered within a couple of days. He then returned to Ireland before going back into training and on Sunday made it into the Leopardstown winners' enclosure to the amazement of all involved.

"To come back to that level after being in such a bad situation is a surprise," said Kearns.

"I'd watched his first race back and at that stage it was just great to see the horse back on the racecourse, but then to come out the next time and win a big one like that was a great buzz. I have had lots of messages from people involved or on the fringes who were excited about what the horse did."

Among those celebrating an emotional win at the end of a terrific tussle with Outlander was Edwulf's groom Pat McCabe.

He said: "Sunday was unbelievable. You couldn't write it. I lost my voice from shouting in front of the big screen. I saw Derek [O'Connor] take a pull coming out of the back straight and I knew he was still travelling well. It was just unbelievable to watch him actually do it. 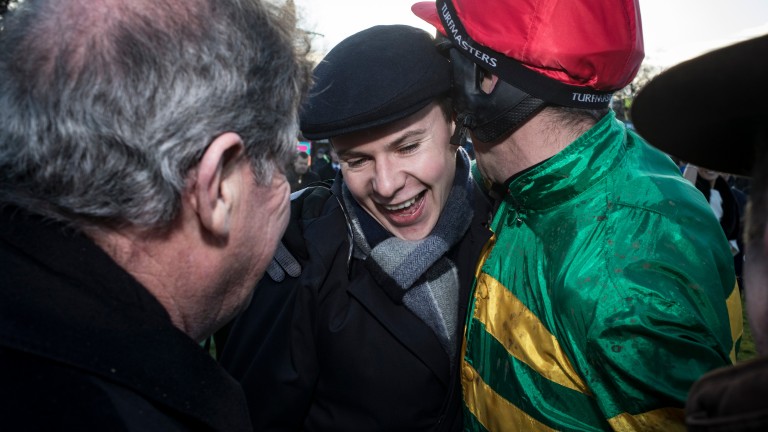 Connections of Edwulf embrace in the winner's enclosure
Patrick McCann

"It broke my heart what happened at Cheltenham last year. To be down laying on the ground for so long was horrible. We all feared the worst but the vets and everybody who was there did a brilliant job. I can't say enough good things about them."

Claisse said: "It was a bit of mystery what it was that was causing his condition at Cheltenham last year, so to have persevered with the horse's treatment and to have what we all considered to be a terrific result, which was that he went home and made a full recovery, was testament to the work that was done here and the expertise of those looking after him.

"Not in anybody's wildest dreams did we expect him to return to racing and win a Grade 1 contest like Sunday's."

FIRST PUBLISHED 6:02PM, FEB 5 2018
We all feared the worst but the vets and everybody who was there did a brilliant job. I can't say enough good things about them