Edict Of Nantes and Al Sahem set for Greyville showdown 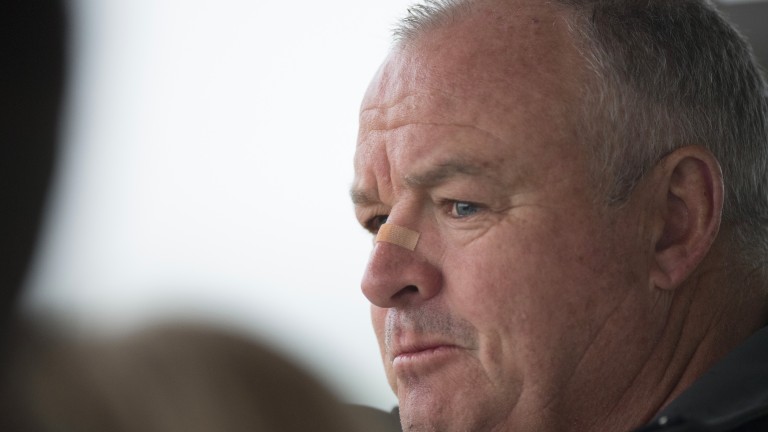 The latter is favourite to give De Kock his third win in this race in the last eight seasons but there is a suspicion that the colt may not be quite as effective over this shorter trip and Crawford reports Edict Of Nantes in good shape, saying: “He has come on a lot from his recent allowance plate second, he has been doing well and we are very happy with him.”

Pagoda (Geoff Woodruff/Chase Maujean) was beaten a length and three-quarters by Al Sahem in the Derby but would have finished closer had he not been hampered at halfway and shuffled back. Woodruff said: “Gavin Lerena had him on the rail and he became caught in a box behind a slowing horse.”

Horizon (Candice Bass-Robinson/Aldo Domeyer) suffered a similar traffic problem when starting favourite for the Daisy Guineas and his trainer said: “He likes to be settled in a race with a strong pace because he can quicken off that. Ideally I would like him to sit around fifth this time.”

Zodiac Ruler (Justin Snaith/Bernard Fayd’Herbe) was second to Edict Of Nantes in the Cape Derby and more recently ran well in the Daisy Guineas.

Daisy Fillies Guineas winner Gimme Six (Justin Snaith/Anthony Delpech) is favourite to confirm the placings with Final Judgement (Glen Kotzen/Richard Fourie) who has a length and a half to make up but Kotzen is optimistic.

He said: “Final Judgement is flying – she has had a good prep and I think she is going to enjoy this trip. She has tended to get a bit flat-spotted over shorter distances so maybe she will be even more effective over further.”

Epona (Joey Ramsden/Anton Marcus) has been heavily backed in the last two days. She won over the trip last time but has a bit to find on the book.

Orchid Island (Mike de Kock/Craig Zackey) managed only fifth in the SA Oaks but her trainer has won three of the last eight runnings while Safe Harbour (Sean Tarry/Muzi Yeni) was beaten less than half a length in both the Cape Fillies Guineas and the Paddock Stakes and, at least arguably, has the best form of the lot.

FIRST PUBLISHED 11:35AM, JUN 3 2017
He likes to be settled in a race with a strong pace because he can quicken off that. Ideally I would like him to sit around fifth this time