Wells Farhh Go (red cap): makes his seasonal debut in the Dante on Thursday
Martin Lynch
1 of 1
By Lee Mottershead UPDATED 6:34PM, MAY 16 2018

The Easterbys have been synonymous with racing success for decades but the family name and the Derby have rarely gone together.

Thanks to a strapping and potentially top-class colt called Wells Farhh Go that could change on Thursday.

Not since 1945 has a Yorkshire-trained horse won the world's most famous Flat race. That horse now gives his name to the Investec Derby's principal trial, and although the latest running of the Betfred Dante Stakes contains none of this year's Epsom favourites, there is the opportunity for leading candidates to emerge.

Aidan O'Brien, whose 2,000 Guineas hero Saxon Warrior dominates the Classic betting, has two Dante contenders, as does John Gosden, whose Roaring Lion heads the Group 2 prize's market. However, there is little doubt York racegoers would be happiest to see Acomb Stakes victor Wells Farhh Go make it three wins from three starts on the Knavesmire. 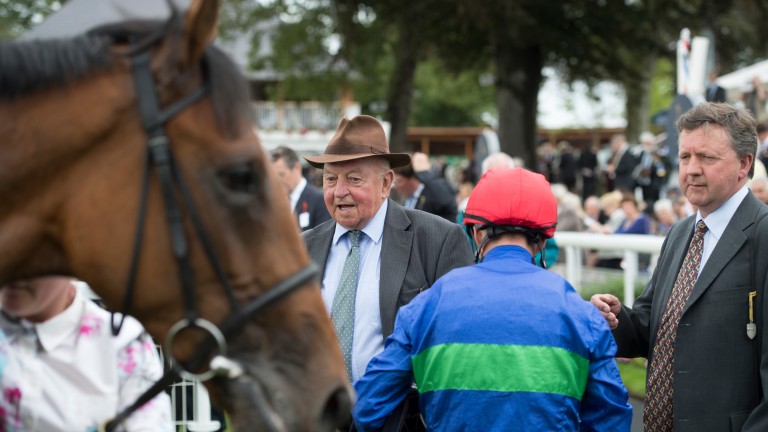 David Allan's mount can still be backed at 50-1 for the Derby, but the fact Tim Easterby authorised a £9,000 Derby supplementary entry in April underlines the regard in which the imposing youngster is held.

"I expect him to run very well and it would be good to see him finish in the first three.

"However, he really has only just come to himself. He wouldn't have been ready to run three weeks ago. He is a nice big horse with a lot of furnishing to do but he is eating better now and he looks well."

Easterby added: "The Derby isn't the only race in the calendar and it wouldn't be the end of the world if he didn't run in it. I'm a grown up and it wouldn't bother me. There's Ascot, there's the Leger and lots of other races – but if he does go to Epsom he'll go there with a chance." 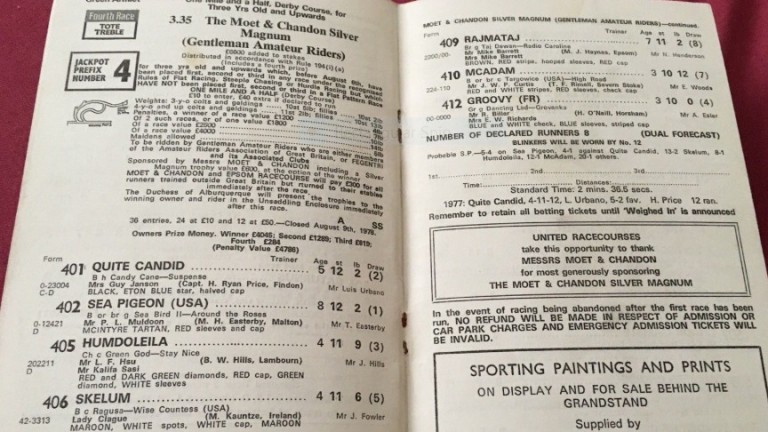 If Wells Farhh Go does indeed make it to Epsom, it will be 40 years after his trainer rode Sea Pigeon to victory there for father Peter in the sport's amateur riders' Derby, then known as the Moet & Chandon Silver Magnum.

"This one won't win as easily," noted Easterby, adding: "Sea Pigeon had a stone in hand."

Roaring Lion, just touched off by Saxon Warrior in the Racing Post Trophy, brings the best form and the shortest Derby odds to the Dante, with bookmakers prepared to offer an Epsom quote of no more than 20-1 about Qatar Racing's 2,000 Guineas fifth.

On this occasion, he is part of a twin challenge by John Gosden, who also saddles Crossed Baton in a bid to bag the contest that both his Derby winners, Golden Horn and Benny The Dip, took on their way to the Downs. 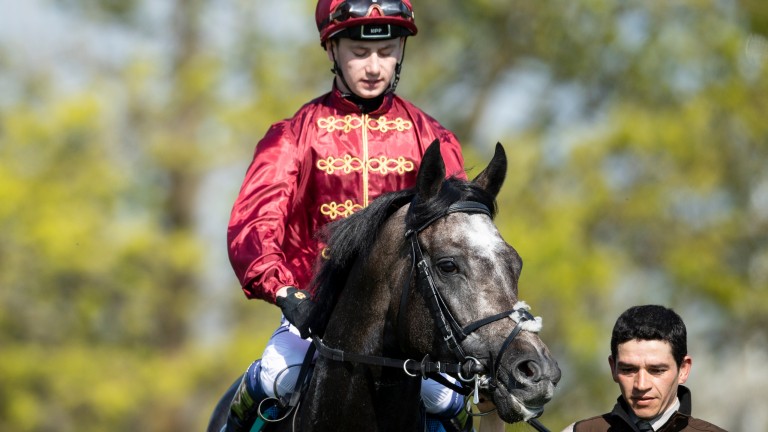 Gosden said: "Roaring Lion ran a good race in the 2,000 Guineas and we've always felt this was more his kind of trip for this year.

"We discussed running him in the Dante before the Guineas and he has come out of that race extremely well. He's fresh, well and in good form at home.

"Crossed Baton has done nothing wrong and the form of his win at Epsom looks fairly decent. He should like the galloping track and stay very well."

Wells Farhh Go is not the only home county hope in the Dante, as Mildenberger represents the Mark Johnston stable that captured the event 12 months ago with Permian.

Like Permian, Mildenberger carries the colours of Sheikh Hamdan bin Mohammed Al Maktoum and like Permian he heads to York having won a spring Newmarket trial on his latest outing. 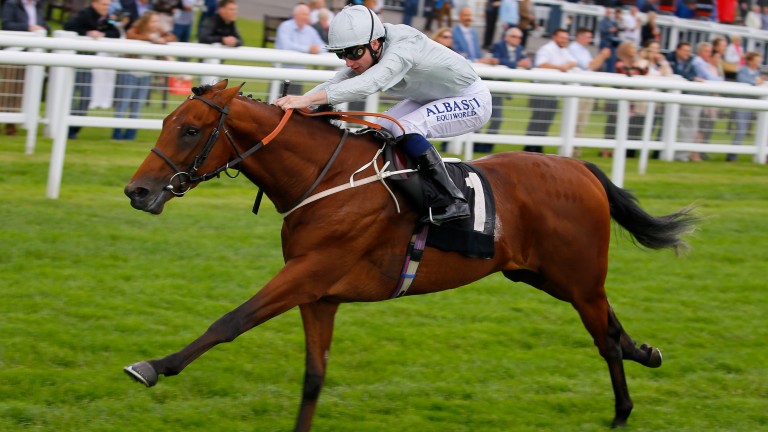 Johnston's son Charlie said: "All through the winter we felt if we had one horse who might take us to the big races and big days that Permian did then Mildenberger was top of the list.

"We were very pleased with him in the Feilden and the extra furlong he gets here should help him, for sure.

"We're probably more confident than we were going into the Dante with Permian, but this is Derby D-day. We're going to find out if we should be going to Epsom and hopefully we will be."

Expect James Cook to serve up a tastier dish this time

If the opening few furlongs of the new Flat season have taught us anything it is that runners from the Aidan O'Brien stable can take giant leaps forward for first to second start so do not be one bit surprised to see a different James Cook from the one you saw at Epsom last month.

The son of Galileo and the flying filly Red Evie was only fourth to Crossed Baton in the Investec Blue Riband Trial, and has three and a half lengths to make up, but the Leopardstown maiden winner has improved considerably according to his trainer.

O'Brien said: "James Cook ran a nice race at Epsom and we were very happy with him. Like a lot of ours, I expect him to make big improvement. He has come forward nicely and seems in good form at home. He's a nice horse."

O'Brien is also represented by Zabriskie who was a further length and a quarter behind James Cook the aforementioned Epsom event.

"Like James Cook, Zabriskie has also improved for his run at Epsom and he should run well too," O'Brien said.

Nordic promoted to Godolphin number one

Godolphin suffered a Derby blow last week when long-range fancy Ghaiyyath was ruled out of the Dante with a setback but trainer Charlie Appleby is still represented with Nordic Lights, successful in novice heats at Lingfield and Newmarket this year.

"He has a progressive profile and came out of the Newmarket race very well," Appleby. "This is obviously a step up in class but the track and trip should suit him."

White Mocha will be having a second encounter with Roaring Lion, having finished a head in front of him when second in the Craven Stakes.

"He came out of that wonderfully well and should relish the step up in trip at York. We're now going to find out where we are – we will be left with either a Derby dream or a different dream."

Elsworth looking for another magic result

They unite again here with Merlin Magic, but it is far from impossible to make a strong case for him given the nature of his Esher Cup success and the subsequent sixth of Sandown third Kings Shield in the Poule d'Essai des Poulains. 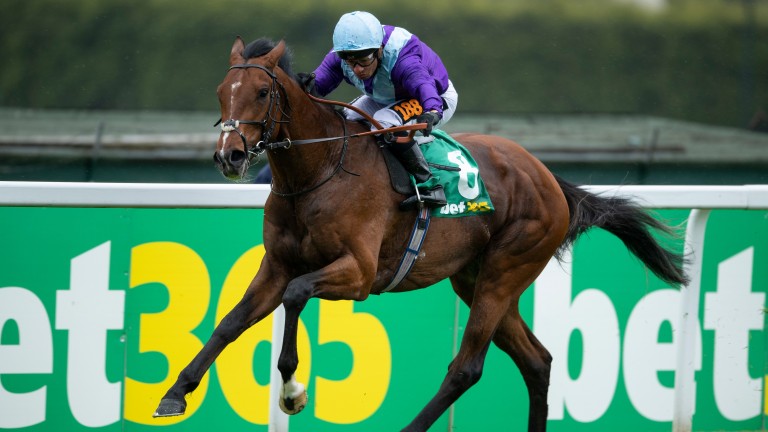 Elsworth said: "He did win comfortably at Sandown and we thought it worth chucking our hat in the ring here. I would like to think the extra distance will be in his favour."

FIRST PUBLISHED 6:09PM, MAY 16 2018
He wouldn't have been ready to run three weeks ago. He is a big horse with a lot of furnishing to do but he is eating better now and he looks well