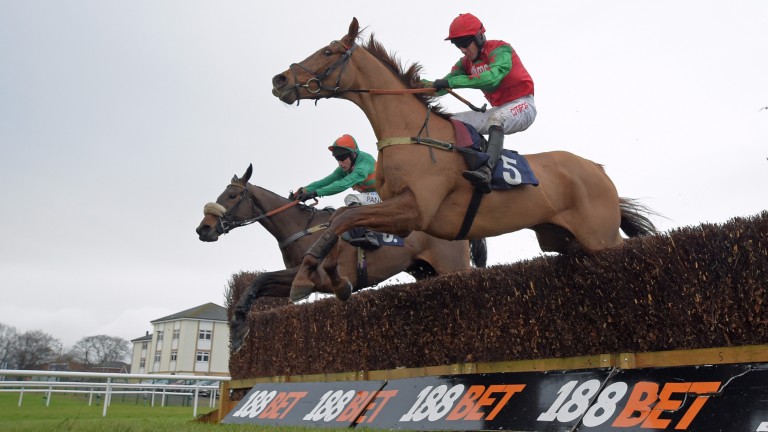 Betting shop Customers of Betfred, Coral and Ladbrokes were unable to watch Doncaster on Monday
1 of 1
By Bill Barber 6:12PM, JAN 9 2017

Customers of Betfred, Coral and Ladbrokes' betting shops were unable to watch action from any of Britain's racecourses on Monday, but their high street rivals said it was too early to say whether they were feeling the benefit.

The three major names will also be facing a blackout on Tuesday due to the impasse in media rights negotiations with new betting shop channel The Racing Partnership (TRP).

William Hill and Paddy Power have signed up to the new channel, while Betfred, Coral and Ladbrokes have not.

Paddy Power spokesman Paul Binfield said: "It's a little too early to say definitively how the lack of pictures in our rivals' shops has affected our own business.

"But, as you'd expect, it is very important for our customers to have pictures from every race in Britain and Ireland, and business was healthy enough for a Monday."

Those comments were echoed by Hills' group communications director Ciaran O'Brien, who said there had been some "positive anecdotal feedback" from their shop teams but that it was too early to gauge the effect of the current standoff.

He added: "We are just pleased to be able to offer a full racing service to William Hill customers."

Those operators without a deal with TRP have been seeking other ways of providing a service to their customers, including off-tube commentaries.

It is understood TRP has been examining the legality of such arrangements.