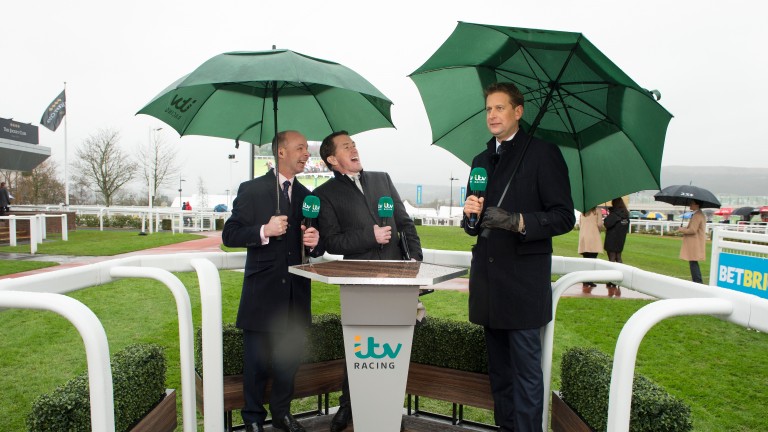 ITV Racing passed its first big test yesterday after it was revealed Sunday's opening broadcast recorded a larger audience than achieved by its predecessor on Channel 4 in the previous two years.

The proportion of total audience watching was 5.4 per cent compared with four per cent on Channel 4 in the previous two years.

ITV's coverage, which received a mixed reception from racing fans, kicked off its four-year deal to broadcast the sport in Britain by screening the action from Cheltenham and Musselburgh on Sunday.

Big-name signing from Sky Sports Ed Chamberlin hosted the programme and was joined by 20-time champion jockey Sir Anthony McCoy as racing returned to the channel after an absence of 32 years.

Disastrous viewing figures for some of racing's flagship fixtures on Channel 4 were said to be among the chief reasons for switching to ITV.

ITV spokesman Grant Cunningham said: "From what I can gather from the few people I've talked to everyone is pleased with the start we made. We're aware it's day one of a long contract, but everyone is upbeat."

That tone was echoed by the Jockey Club, owners of Cheltenham and Aintree and among the key players when it came to negotiating the rights to broadcast British racing.

A spokesman for the group said yesterday: "This is an exciting partnership with ITV and we are going to be doing a lot together to showcase and promote British racing in the years ahead."

However, Andrew Franklin, the man tasked with producing Channel 4's coverage before Highflyer was replaced by IMG in 2013, qualified the ratings by saying the corresponding viewing figures in 2012 had an average of 817,000 and a peak of 1,000,024.

He said: "I'm not banging the Highflyer drum, but we got that figure in the face of stiffer opposition because being on Channel 4 the opposition included ITV, which is the most popular [commercial] channel."

Another criticism of Channel 4's output was the time it devoted to betting.

Leading Flat trainer Mark Johnston last year suggested ITV "should get rid of all the coverage of betting", while David Redvers, racing adviser to the high-profile Qatar Racing organisation, was another critic of Channel 4 coverage.

Redvers' first impressions of racing's new partner, however, were positive.

"I was delighted to see the focus on the players, be they stable staff or horses," he said. "I thought the feature on Jonjo O'Neill was great, but wondered why AP and the presenters couldn't get in the warm. AP looked desperately cold and that added to the feel of gloom due to the ghastly weather. 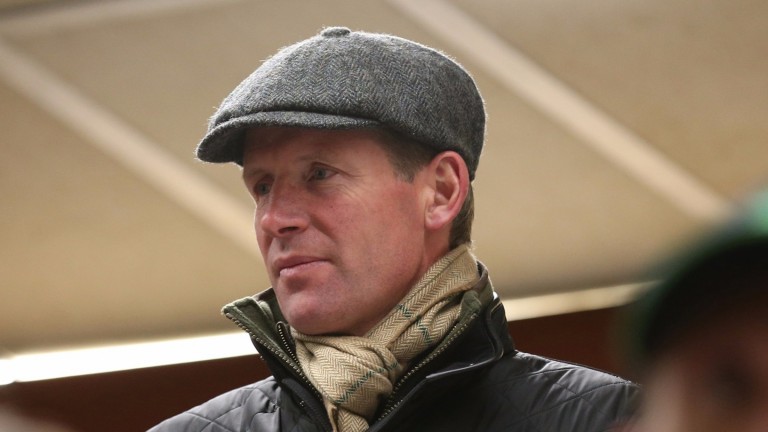 David Redvers: 'I was delighted to see the focus on the players be they stable staff or horses'
CAROLINE NORRIS
"I'm not sure why you would keep showing high-wire footage of empty stands and I'm not keen on the graphics, as they're hard to read for our older audience.

"Other than that, I loved the fun feel and I'm sure that as it beds in and teething problems are ironed out, ITV will prove a huge success. They weren't helped by the weather, although plenty of good stories helped."

Richard Willoughby, ITV's racing editor, had yet to fully reflect on the programme yesterday, but was on the whole delighted with his team's effort.

Responding to Redvers' point about the weather, he said: "We had the option to go under cover – we have an under-cover position in bad weather – but there was a conscious decision on day one to do it outside and there was no hesitation from anyone; it was 'let's do this'."

Willoughby was also pleased with Matt Chapman's debut on terrestrial television in his role as betting reporter, something David Williams of Ladbrokes thinks will be crucial to growing the sport.

Encouraged by the first programme, he said: "It was a hugely promising start. ITV have clearly recognised that betting is a fundamental part of the racing experience for TV viewers and that bodes well for 2017. 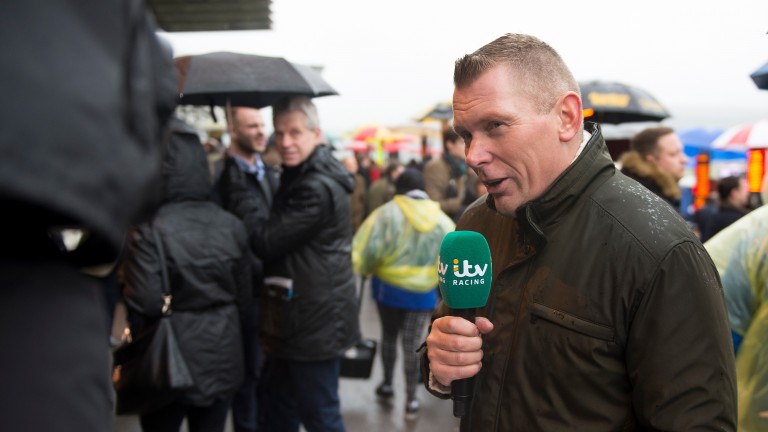 "Ultimately, the key will be to allow presenters to move through the gears and bring betting stories to life. If the ITV team consistently give space and time to the ebb and flow of the betting markets, most viewers will find it compelling TV."

FIRST PUBLISHED 2:44PM, JAN 2 2017
I loved the fun feel and I'm sure that as it beds in and teething problems are ironed out, ITV will prove a huge success