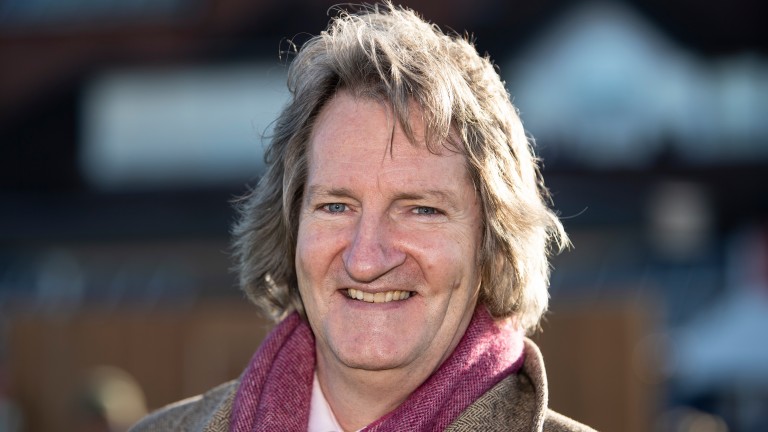 Eamonn Wilmott: "The last few years have been both incredibly challenging and rewarding"
Edward Whitaker
1 of 1
By Bill Barber UPDATED 1:06PM, JAN 30 2020

Eamonn Wilmott has stepped down as chairman of the UK Tote Group, who took over control of the Tote in October last year.

Wilmott and chief executive Alex Frost were the leaders in the Together For The Tote project which joined forces with racecourse operation Britbet and then bought the pool betting operator from previous owners Betfred.

Frost thanked Wilmott for his contribution, adding: "His counsel, advice and support has been invaluable, and we would not be where we are without his considerable input."

Wilmott, a former BHA board member, remains a shareholder in the Tote, which has attracted investors including the China Horse Club, Niarchos family and billionaire businessman Michael Spencer.

He said: "The last few years have been both incredibly challenging and rewarding.

"Having completed the full acquisition of the Tote from Betfred in October 2019, and with a world-class team in place to drive the business forward I feel that now is the right time for me to step down from my role as chairman."

Wilmott said he would now concentrate on his role as chairman of in-running racing data firm Total Performance Data, as well as the potential for new projects.

He added: "The UK Tote is well placed to move forwards as a global gaming company operating under its new management and I take great pride in my contribution to this.

"I have been a lifelong fan and supporter of the Tote and I will continue to do everything possible to ensure its long-term success and through that a stronger and healthier UK racing industry.

"I will continue in my role as chairman of TPD, a global leader in sectional timing for the racing industry, at what is a particularly exciting time for the company. I will also consider other ventures in the world of racing, technology and sustainability."

The UK Tote Group has started the process of looking for a new chairman and said there would be an update later this year.

Attendances for British racing fall for fourth year in a row

Gambling Commission urged to counter 'false stories' about the industry (£)

FIRST PUBLISHED 12:58PM, JAN 30 2020
I have been a lifelong fan and supporter of the Tote and I will continue to do everything possible to ensure its long-term success