Dusky Lark out to break sequence for new trainer 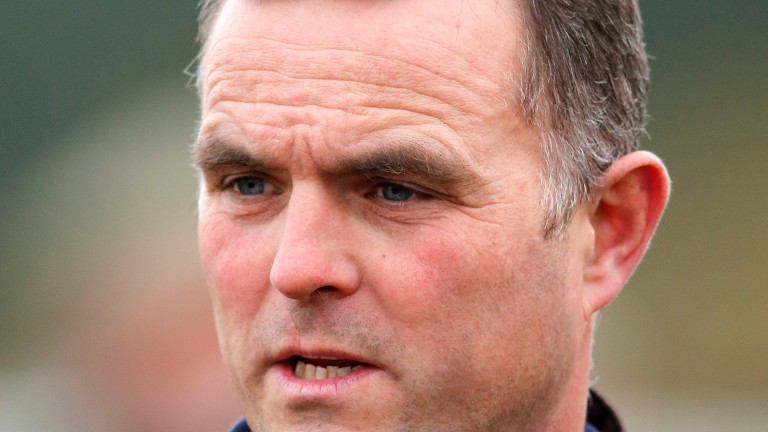 There has been a march of horses towards the Dorset stable of Colin Tizzard this season as the trainer has made his presence felt in some style with a string of big-race successes.

However, Dusky Lark is a horse that has left Tizzard and moved to trainer Robert Walford in an attempt to break a frustrating, albeit consistent, sequence of second-place finishes.

A number of his opponents in this race have also been running with merit recently without managing to find the winner’s enclosure, a sign that the handicapper may well have most of them in his grip.

One that may still have a little in hand is Oscar Sunset, who has gradually been getting back to himself after a heavy fall at Uttoxeter last April. He had some good form in novice chases last season and has the potential to improve past some of his rivals in this contest.

Bennys Mist has not been in the best form recently but has won two of his three starts at Wincanton, including this race in 2014.

Venetia Williams, trainer of Bennys Mist and Vic De Touzaine
Vic De Touzaine had a hold up and that’s why he’s just coming out now. He ran well at the course last season and he’ll handle the ground. Bennys Mist will like conditions and we’ve put the blinkers on as he’s just been missing the mark recently.

Evan Williams, trainer of Oscar Sunset
He ran well in a hot race last time. He had a bad fall last year and it has taken time for him to get his confidence back, but he seems better. He’ll love the ground and the trip is ideal.

Neil Mulholland, trainer of Pilgrims Bay
He’s been pretty consistent in three starts for us – winning, then falling and finishing second last time. I’d be pretty hopeful be can make his presence felt in this race too.

Robert Walford, trainer of Dusky Lark
He’s new to us and we don’t know him that well. He seems in good form and he’s been running well for Colin Tizzard and I hope he can keep doing that. He’s been second on his last four starts so clearly doesn’t have much in hand with the handicapper.

Philip Hobbs, trainer of Ballygarvey
He ran very well to finish third at Wincanton, although we couldn’t see too much because of the fog. Hopefully he’ll come on for that after a long time off the course.

Gary Moore, trainer of Gores Island
The same jockey rode him last time and despite finishing second we went up 5lb. He’s in good form and is going to a track he runs well at. He hit the front too soon last time and pulled himself up in front. Hopefully the same won’t happen this time.