Durcan out until 2017 after ankle operation 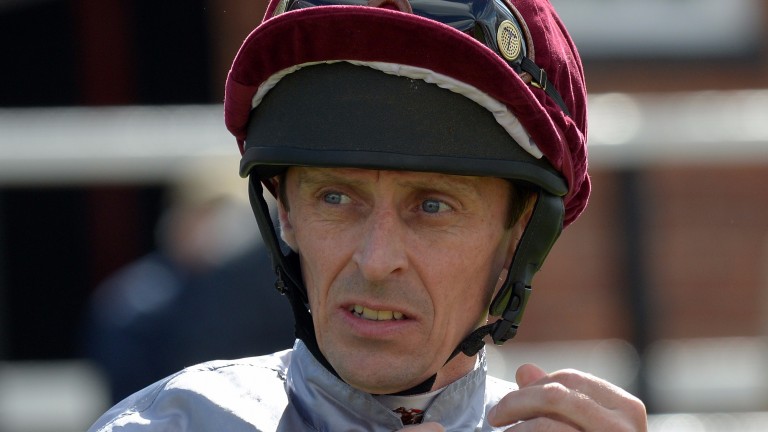 Ted Durcan is facing between six and eight weeks on the sidelines following a successful operation on the broken ankle he suffered in the four-horse pile-up that left Freddy Tylicki paralysed from the waist down.

The Classic-winning and former UAE champion jockey initially thought he had got away unscathed when limping back to the weighing room after being unshipped from Sovrano Dolce at Kempton on October 31.

Although he was initially able to walk away, Durcan was afterwards taken to Addenbrooke's Hospital in Cambridge for x-rays. There he was found to have fractured an ankle, which has now had a screw inserted. He is hoping to be fit to return to race-riding early next year.

Durcan had ridden 46 winners this year before his fall, 25 of them for Sir Michael Stoute, including Dannyday in the Northumberland Vase at Newcastle in June.

He said: "I had surgery on my ankle yesterday, which involved putting a screw in, and I think I'll be out until after Christmas. It's a hindrance as I was having a nice solid season."

Tylicki remains in hospital, and Durcan added: "All our thoughts remain with Freddy and his family. I know he's one of the most strong-minded lads in the weighing room, which will stand him in good stead. We wish him all the best."

FIRST PUBLISHED 12:58PM, NOV 9 2016
It's a hindrance as I was having a nice solid season until then but in the grander scheme of things I was one of the lucky ones and all our thoughts remain with Freddy and his family

Heavyweights on show as Benbatl squares up to Kameko in high-class Joel Stakes Enable's British swansong attracts record betting turnover in France The A-team: Allan and Alignak team up for Listed Stand Cup success Alfaatik the key contender as eight line up for intriguing Mallard