Durcan excited as he prepares to return on Thursday 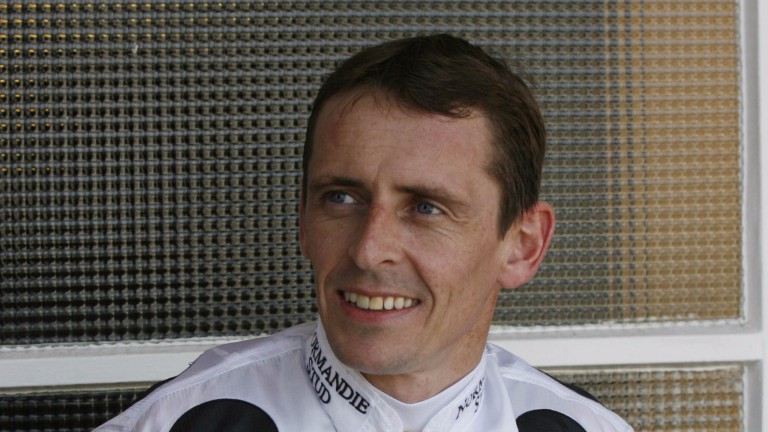 Ted Durcan makes his return to race-riding after "an up-and-down nine months" at Doncaster on Thursday, where he has one ride for mentor Sir Michael Stoute in the 7f novice contest.

The former UAE champion jockey has recovered from a second successive ankle injury, which he sustained in a fall at Leicester in April, and has been riding out for Stoute for the past three weeks.

Durcan said: "My specialist has spoken with the BHA and I've got the all-clear to ride at Doncaster on Thursday, where I partner the unraced two-year-old Qaroun for Sir Michael.

"It's been an up-and-down nine months, but it will be great to be back in the weighing room and I can't wait to head up to Donny."

Durcan was unshipped after the line from the unplaced Plundered in a novice event at Leicester, weeks after returning to the saddle from breaking his other ankle at Kempton last October.

On that occasion, Durcan was able to walk back to the weighing room when involved in the four-horse melee that left Freddy Tylicki paralysed, but was subsequently found to have suffered a fracture.

Before his latest injury, the 44-year-old had ridden three winners from 43 rides and has missed out on a number of high-profile mounts so far this summer. 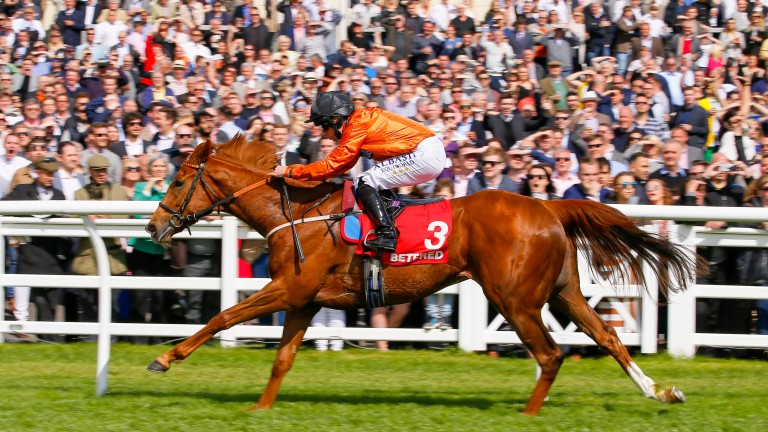 Mix And Mingle: Ted Durcan would be "over the moon" to be considered for the ride on the filly at Glorious Goodwood
Mark Cranham

Durcan is hoping to be reunited with Chris Wall's stable star Mix And Mingle, who he has ridden to three of her four wins but missed out on her biggest success in the Group 3 Chartwell Fillies' Stakes at Lingfield, for which Ryan Moore took over.

The four-year-old holds an entry in the Group 2 Lennox Stakes at Goodwood next week but may also be considered for the Group 3 Oak Tree Stakes.

Durcan added: "If I was to be considered for the ride on Mix And Mingle I'd be over the moon. Chris has done a great job with her."