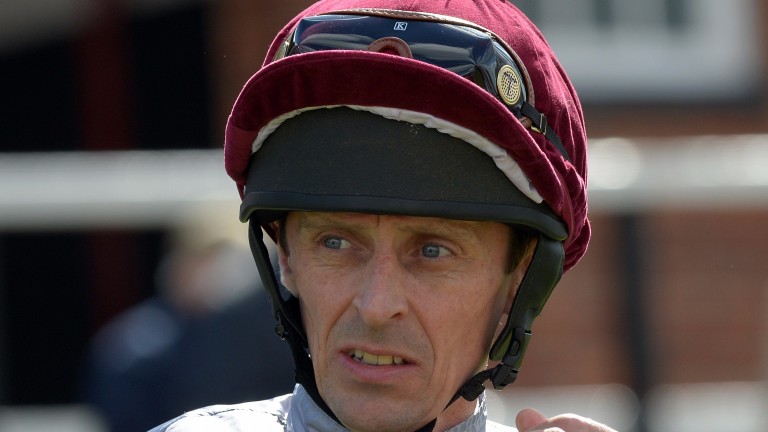 Ted Durcan: popular jockey set to be in action on all three days of Yarmouth's eastern festival meeting
1 of 1
By David Milnes 10:32AM, JUL 2 2017

Ted Durcan is hoping to recommence riding out for Sir Michael Stoute in a fortnight's time as he recovers from a second successive ankle injury that he sustained in a fall in April.

The former multiple UAE champion jockey was unshipped after the line from the unplaced Plundered in a novice event at Leicester only weeks after returning to the saddle from breaking his other ankle.

On that occasion, Durcan was able to walk back to the weighing room when involved in the four-horse melee that left Freddy Tylicki paralysed at Kempton last October but was subsequently found to have suffered a fracture.

Prior to his latest injury, the 44-year-old had ridden three winners from 43 rides and has missed out on a number of high profile mounts for Stoute and others through the summer.

Durcan said: "I had a boot on until recently but I'm now back walking, cycling and swimming and hope to ride out again in a week or so. It's been a bit frustrating to say the least breaking one ankle and then the other but hopefully I can get back raceriding in August and make up for lost time in the autumn and winter months. "

FIRST PUBLISHED 10:32AM, JUL 2 2017
It's been a bit frustrating to say the least breaking one ankle and then the other