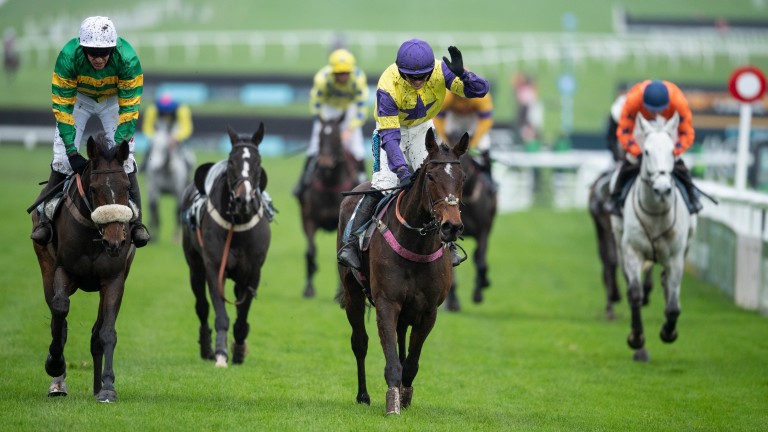 Mister Fisher, among last season's leading novices over fences, and 2019 winner Happy Diva were on Monday the main market movers for the Paddy Power Gold Cup after both horses featured among 17 confirmations for this weekend's big betting race.

Despite having not had a run since then, support for the six-year-old gained momentum on Monday, with the race sponsors making him their 6-1 third favourite (from 12-1) after a maximum field of 17 runners stood their ground for the 2m4f handicap chase.

Happy Diva provided Kerry Lee and conditional jockey Richard Patrick with a memorable victory in the race last year and has been supported into 10-1 (from 20) with Paddy Power to become the first back-to-back winner of the £130,000 contest since Bradbury Star in 1994.

Paddy Power's Paul Binfield said: "Champion trainer Nicky Henderson scooped the Paddy Power Gold Cup with Fondmort in 2003 and his Mister Fisher is clearly fancied to repeat the feat as he's our best-backed horse in the race.

"Last year’s heroine Happy Diva has also been popular and is now 10-1 (from 20) having enjoyed an encouraging pipe-opener at Wetherby last month." 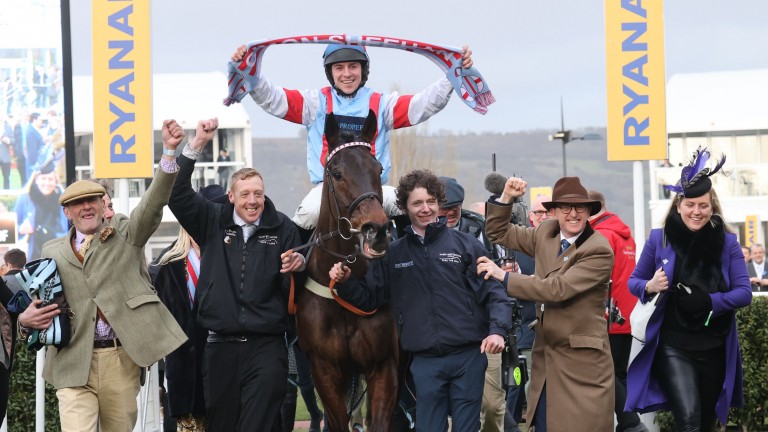 Happy Diva, who made her return at Wetherby last month, adores Cheltenham and put up a career-best performance when runner-up to Simply The Betts in the Brown Advisory and Merriebelle Stable Plate at the Cheltenham Festival in March.

She is set to renew rivalry with her festival conqueror, although Simply The Betts will have to defy an 8lb rise in the handicap. He is the 9-2 second favourite behind the Paul Nicholls-trained Saint Sonnet, who heads the market at 4-1.

The unexposed five-year-old will aim to give the Ditcheat trainer his third success in the race and a first since Nicholls and his owner, Colm Donlon, combined to land the prize with Caid Du Berlais in 2014.

The classy Al Dancer is also prominent in the betting at 8-1, while Grade 1-winner Slate House, an unlucky faller at the second last when mounting a strong challenge last year, is a 10-1 chance.

FIRST PUBLISHED 4:42PM, NOV 9 2020
Last year’s heroine Happy Diva has also been popular and is now 10-1 (from 20) having enjoyed an encouraging pipe-opener at Wetherby last month