Dunwoody ready for hike from bottom to top of Japan 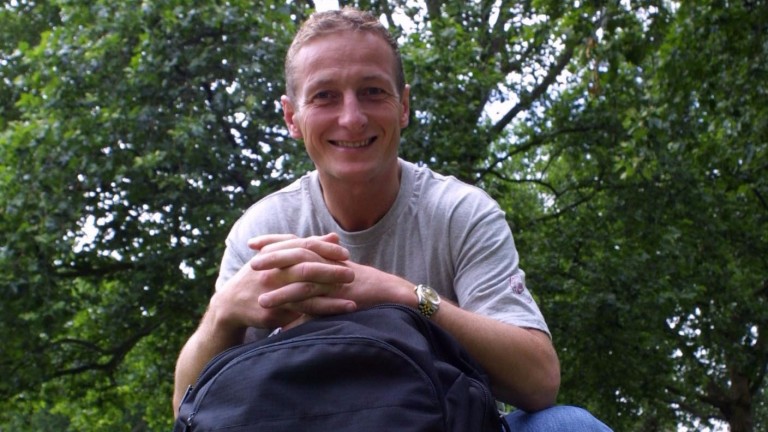 Intrepid explorer Richard Dunwoody starts another charity challenge at the end of the month as he attempts to raise money for a cause close to his heart.

The former champion jockey, famous for going off the beaten track on his travels, is setting out on February 27 to walk the length of Japan from south to north, some 2,000 miles.

And along the way there is a chance former weighing room colleague Sir Anthony McCoy could join him to promote the charitable cause.

"it would be nice if on his travels Tony could join me, but I'll believe it when I see it!" said Dunwoody, who is carefully packing his bags as he is taking a tent to pitch along the way as well as staying in local minshuku, the Japanese equivalent of B&Bs, or ryokan, local hotels.

McCoy's money on his former rival

McCoy responded: "My money would always be on Richard to complete anything he undertakes!

"I hope to join him at some stage and I expect we’ll be as competitive as we have always been.”

Dunwoody, 53, hopes to complete the trek in around 100 days, finishing a week after the Investec Derby and in the process raise money for Sarcoma UK, the bone and soft-tissue cancer charity.

The inspiration for this fundraising challenge has been Dunwoody's nephew George, 21, who is fighting Sarcoma 18 months after being diagnosed with the disease.

The elite rower, who competed at the world junior championships, has undergone both chemotherapy and proton therapy in the past 18 months.

Preparing for a crash course in Japanese in advance of his trip, Dunwoody said: "It will be good to raise awareness of Sarcoma and to raise money for what is a small charity.

"I wanted to do something positive to help promote the fantastic work and groundbreaking research they do."

Dunwoody, who retired from riding on doctor's advice in 1999, has undertaken a series of herculean tasks for charity but it has been nearly eight years since his last expedition.

After a polar race to the North Pole and a single-handed trek to the South Pole, Dunwoody's last adventure was to walk 1,000 miles in 1,000 hours in 2009.

That was on the three-time champion jump jockey's doorstep up and down Newmarket's Bury Road to emulate the achievement of a 19th century gambler in landing a sporting bet.

Dunwoody has been inspired to undertake the Japan jaunt by travel writer Alan Booth, who died from cancer in 1993.

"I read his classic travel book on Japan, 'The Roads to Sata', but I'll be doing it the other way round – from south to north.

"I went on a recce a couple of years ago doing a week's hiking and it's such a beautiful country."

Setting out from Cape Sata, the southernmost point of Japan's Kyushu island, he plans to reach Cape Soya, the northernmost tip of Hokkaido island, by early June.

Donations and sponsorship can be made at justgiving.com/fundraising/Japan4SarcomaUK

FIRST PUBLISHED 6:06PM, FEB 6 2017
I went on a recce a couple of years ago doing a week's hiking and it's such a beautiful country