Dunne hoping an old friend can put him in spotlight 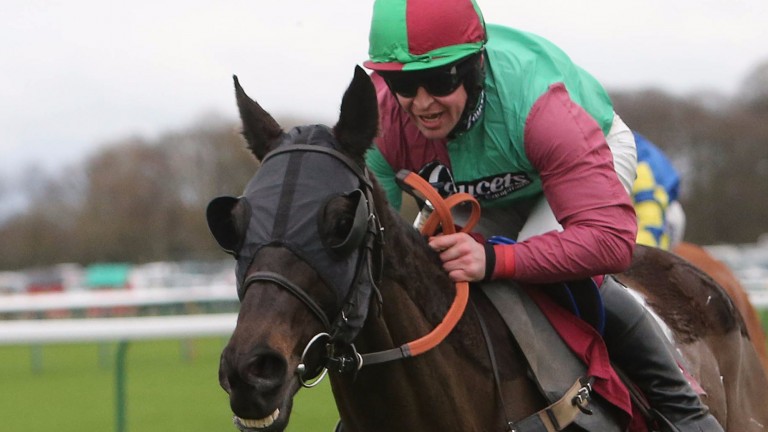 The story Robbie Dunne was struggling for winners – and indeed rides – when Rigadin De Beauchene put him in the spotlight with a thrilling last-gasp victory in the Betfred Classic four years ago.

It appeared front-running Godsmejudge had gone beyond recall when clearing the final fence safely, but Dunne conjured a whirlwind finish from his partner to get up and nail Alan King’s runner in the final strides.

That Channel 4-televised victory sparked a welcome resurgence in the 31-year-old rider’s career, and he went on to land the Haydock Grand National Trial aboard Rigadin De Beauchene the following season and then the Scottish Grand National on Wayward Prince in 2015.

Things have been going well for Dunne this campaign, and a repeat of that memorable victory in January 2013 could open up even more avenues for him.

He says I've ridden 14 winners so far this season, including Tour Des Champs at Cheltenham on New Year’s Day, and am on course to beat my best tally of 18.

Rigadin De Beauchene got me noticed a bit when winning the Warwick race four years ago and I managed to get on other high-profile horses, including Wayward Prince at Ayr, as a result.

Andrew Thornton has proved that persistence is the key. I'm enjoying riding as much as ever and can’t wait to get back on Rigadin De Beauchene on Saturday.

His owners Rita and Andrew Wiles have been brilliant to me and I'm so grateful to them.

I've ridden the horse out a lot at home recently and he seems in flying form. He has a definite each-way chance.

FIRST PUBLISHED 6:00PM, JAN 13 2017
Andrew Thornton has proved that persistence is the key. I am enjoying riding as much as ever, and can't wait to get back on Rigadin De Beauchene on Saturday