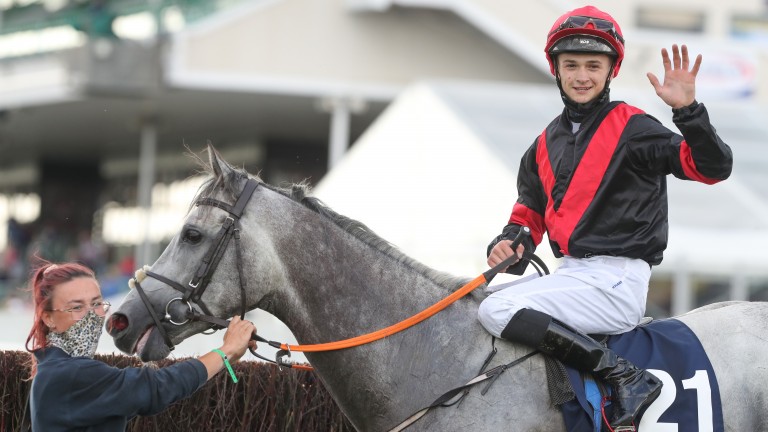 Confusion reigned at Dundalk on Wednesday evening as jockey Mikey Sheehy rode a winner but seemingly claimed an incorrect allowance while doing so.

Sheehy took 5lb off 5-2 favourite Sangria in the 6f nursery as the pair beat the Kevin Prendergast-trained El Valle by a length and a half.

But the leading apprentice had ridden his 65th winner at the same venue on Friday. On that basis his claim should have been reduced to 3lb, but this was seemingly missed by administrators.

Sangria's victory came in the second race on the card. In the opening 6f race Sheehy also claimed 5lb on 25-1 shot Viv Vance to finish third.

The Irish Horseracing Regulatory Board later tweeted that Sheehy would be claiming 3lb instead of 5lb for his final three rides.

Using the 3lb allowance, Sheehy was third in the 7f handicap on Swiss Army Officer, and was then unplaced on his other two rides.

While the result stood on Wednesday, the matter is likely to be referred for further investigation, which could lead to Sangria and Viv Vance being disqualified.

FIRST PUBLISHED 8:26PM, NOV 3 2021
The leading apprentice had ridden his 65th winner at the same venue on Friday which should have reduced his claim to 3lbs

Impact of gambling reform 'would be felt far and wide' says HBF chairman Honeysuckle, Venetia Williams and Irish raiders: this week's winners and losers Freddy Tylicki's case against Graham Gibbons to be heard in court this week Covid passes and ID scanning introduced at Chelmsford as safety measure 'It's been a long road' - Harriet Bethell to saddle comeback runner on Monday Defying Storm Arwen: 'We had head-torches and got the rest of them all fed'