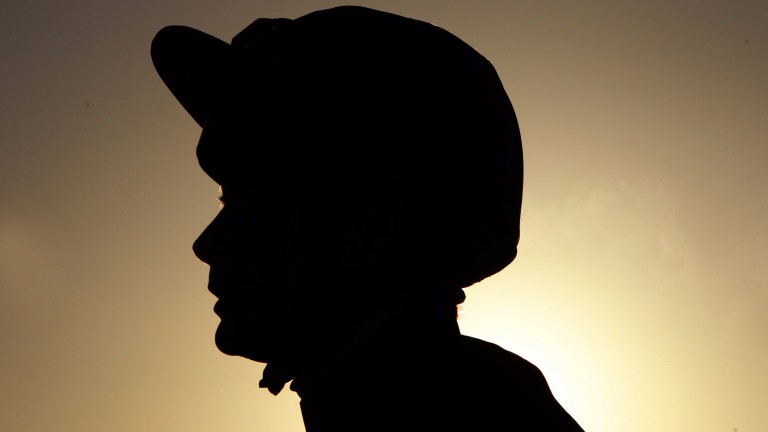 Pat Smullen rode the first winner on the card at Dundalk on Friday night before Colin Keane landed the last
Patrick McCann (racingpost.com/photos)
1 of 1
By Mark Boylan UPDATED 1:38PM, OCT 15 2017

The nail-biting Irish Flat jockeys' championship continues to set pulses racing and officials at Dundalk has expressed its delight at the impact the all-weather venue could have on deciding the season-long spectacular.

The County Louth track plays host to four of the remaining nine meetings left for Pat Smullen and Colin Keane to fight for the title after this weekend, with Dundalk chief executive Jim Martin believing the battle, which concludes at Naas on November 5, could hinge on results at Dundalk.

Martin said: "Colin and Pat are really putting on the show and you couldn't write some of the scripts that we've had here over the last few weeks – I'm sure there'll be more to come.

"I know that whatever happens at Dundalk over the coming weeks will have a large bearing on who takes the title, which is extremely exciting from our point of view."

With heightened interest levels, Martin envisages increased attendances at the final few fixtures and said: "It's getting great media coverage, which is terrific for racing and everyone at Dundalk, and I'm sure as the championship draws to a close we'll see more racegoers coming through the gates to experience this spectacle unfolding. This is a great opportunity to see two great professionals at their best.

"We'll be marketing our meetings locally over the coming weeks with the championship in mind. The locals and everyone else going racing here are thoroughly enjoying the duel."

Keane and Smullen are both in action at Naas on Sunday, with Keane set for seven rides and Smullen six. Keane is on the 87-winner mark and Smullen 82.