Duel At Dawn has pleased Hales since good Cheltenham run 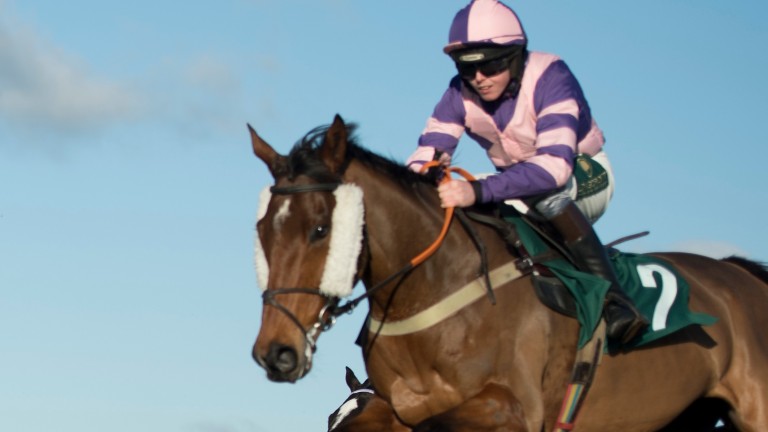 Duel At Dawn: one of the leading lights on the Warwick undercard on Saturday
Edward Whitaker
1 of 1
By Richard Birch UPDATED 7:06PM, JAN 12 2018

Duel At Dawn, winner of three of his seven starts since joining Alex Hales, put up a career-best performance in Cheltenham defeat last time, and his trainer is full of hope he can land the Listed Betfred Home Of Goals Galore Hampton Novices’ Chase (1.50).

Although only two of the four runners completed the course that day, Duel At Dawn made the Colin Tizzard-trained Sizing Tennessee work hard for his six-length success, and the winner gave the form a boost when going down by just a neck to the richly talented Yanworth on a return visit to Prestbury Park on New Year’s Day.

“I was chuffed to bits with him at Cheltenham where he was giving 5lb to Sizing Tennessee, a horse I know the Tizzards have always thought quite highly of,” Hales said.

“He has been training well since and I would have thought Warwick will suit him admirably because it will be a slog.

“I think he wants this winter ground which I don't think I'm likely to get at Cheltenham in March. I'm hoping if he runs well here he can go to the Reynoldstown at Ascot next and it is very much one race at a time.”

Punters who pay close attention to trends will note that six of the last eight winners of this valuable race have been aged seven.

The only one who ticks that particular box this time is Anthony Honeyball’s Ms Parfois, a progressive mare who showed a good attitude to stride three and a half lengths clear of Happy Diva in a Newbury mares’ Listed novice chase last time.

Isabel Williams, who was involved in a dead-heat at Ludlow on Wednesday when the judge proved unable to split her mount Virginia Chick and the favourite Flashjack, takes a valuable 7lb off Prime Venture’s back in the Pertemps Network Handicap Hurdle Series Qualifier (2.25).

The handicapper put the seven-year-old up a harsh-looking 12lb for winning a moderate Ffos Las staying handicap hurdle by eight lengths in ultimately authoritative fashion in November.

His placed form in fiercely contested Ascot, Sandown and Haydock handicaps last year marked him down as one to be interested in this campaign, but Williams’ father Evan is clearly worried about his higher mark.

“He went up 12lb for winning a very moderate race. I can’t believe it, really,” he said. “That’s why we’re claiming 7lb.”

Lee hoping this is the day for Kris Spin

While connections of a number of the 12 runners in the Pertemps Qualifier may have a more important date at Cheltenham in March in mind, Kerry Lee is hoping this is the big day for her gallant ten-year-old Kris Spin.

“He’s a course-and-distance winner who loves the mud,” his trainer said. “The ground should be slightly softer on the hurdles track and I’d love to see him add to his Ayr win in November.

“He’s never been the easiest of horses to train, but is in great form at the moment.”

FIRST PUBLISHED 6:12PM, JAN 12 2018
He has been training well since and I would have thought Warwick will suit him admirably because it will be a slog

'He's very much on the up' - progressive sprinters clash on the Knavesmire Could Atalis Bay be the latest sprinter to take the Scurry en route to stardom?