Dubawi Fifty taken out of the Northumberland Plate due to illness 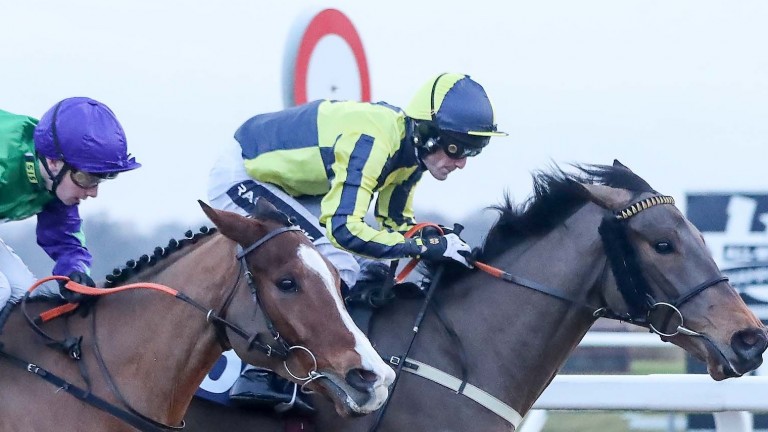 Dubawi Fifty has been ruled out of Saturday’s Northumberland Plate at Newcastle after he was found to have a dirty mucus sample by vets, trainer Karen McLintock confirmed on Thursday.

The five-year-old, who was beaten by a length in the Ascot Stakes earlier this month, had been a best-priced 17-2 with Betfair for the valuable handicap, but will be denied a rematch with Willie Mullins' Royal Ascot winner Lagostovegas.

McLintock trains just 18 miles from Gosforth Park and was desperate to fulfil her long-term dream of winning the Northumberland Plate.

She said: "This morning he had a bit of mucus in a nostril, so the vets came and unfortunately the sample was dirty.

"There's very little information on the cause but we think he may have picked it up at Royal Ascot, possibly from spending time in the dope box.

"We're glad it's shown up before I ran him, because I would've hated to see him run badly or be stressed.

"We'll now look at Goodwood or York, but we're playing it by ear – hopefully it won't take him too long to get over it."

After 68 original declarations, the field was cut down to 20 on Monday with Withhold emerging as an early 7-2 favourite for trainer Roger Charlton following his impressive victory in the Cesarewitch at Newmarket in October.

Meanwhile, Mullins will be represented at Newcastle for just the fourth time by Lagostovegas, who is available at 10-1.

Ed Dunlop's Amazing Red, another towards the forefront of the market, will bid to build on his success at Newmarket last time and is a general price of 8-1.

While last year's winner Higher Power, who finished second to Weekender at Chelmsford when last seen, is a general 10-1 for trainer James Fanshawe.

FIRST PUBLISHED 1:23PM, JUN 28 2018
We’re glad it’s shown up before I ran him, because I would’ve hated to see him run badly or be stressed