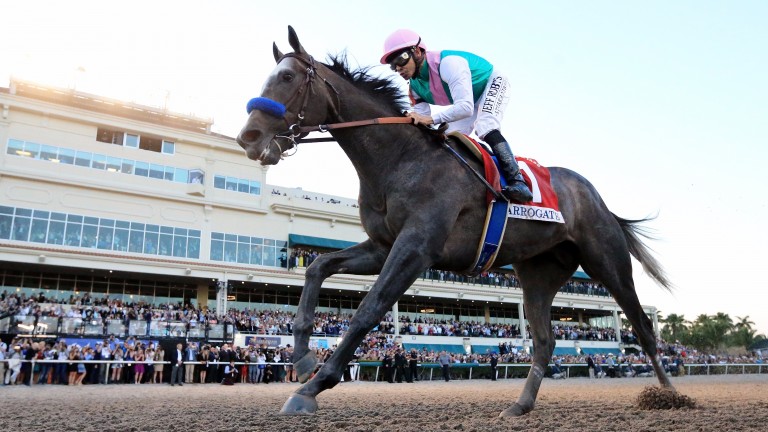 Arrogate was on Thursday reported to have recovered so well from his triumph in the Pegasus World Cup that he could run in Dubai World Cup.

After landing the inaugural running of the $12 million prize, the world's richest race, at Gulfstream, Florida, last Saturday Arrogate returned to his home track at Santa Anita, California on Thursday to train for the first time.

Trainer Bob Baffert said the Juddmonte Farms colt had come out of the race so well that he described running at Meydan on March 25 as "an option", according to the Daily Racing Form.

Arrogate cruised to a four-and-three-quarter-length triumph in a one-sided Pegasus in which fierce rival California Chrome, on his final start, disappointed to trail home 30 lengths behind.