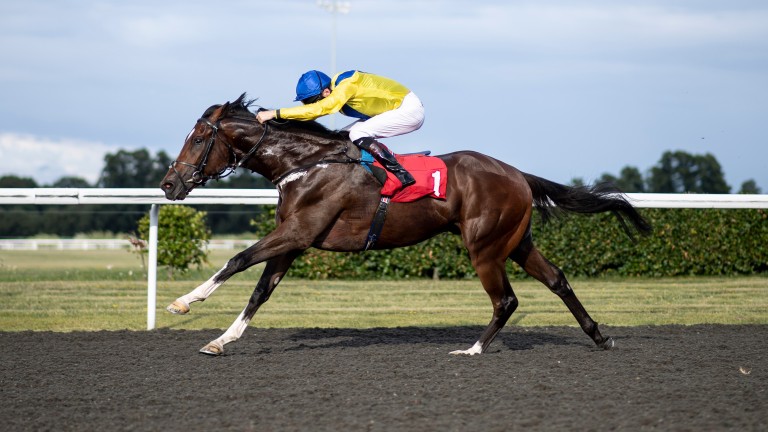 The unbeaten Dubai Warrior is the headline act on the evening card at Chelmsford, a track where he kicked off his career with an impressive win in a mile novice stakes last November.

The son of Dansili was on the fringes of the Derby picture in the spring but trainer John Gosden was forced to shelve any Classic plans after the three-year-old sustained a foot injury.

After a patient journey on the comeback trail, Dubai Warrior confirmed initial impressions when defying a penalty in scintillating style on his return at Kempton last month, a performance that had many pundits purring. 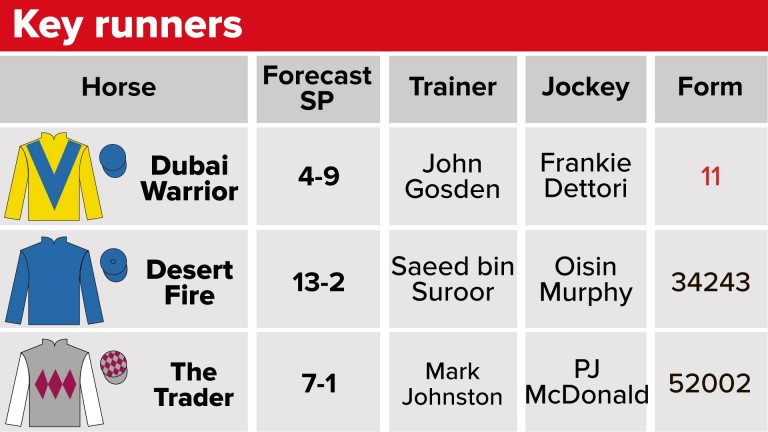 Sent for home two furlongs out by Robert Havlin, the three-year-old had an easy four and a half lengths in hand over the Owen Burrows-trained Muhaarar's Nephew and shaped as if this step up in trip may suit him even better.

Rated 98 for that effort, Dubai Warrior is partnered by Frankie Dettori for the first time and has some fancy entries down the line, including the Prix de l'Arc de Triomphe, Queen Elizabeth II Stakes and the Qipco Champion Stakes.

The Nick Littmoden-trained Original Choice is two from three on Polytrack and has the advantage of having the red-hot James Doyle in the saddle. Like Dettori, Doyle boasts a 28 per cent strike-rate in the last fortnight.

What do the connections say?

Archie Watson, trainer of Glen Shiel
It's his first run for us and this looks a nice race to start him off in. It looks all about the Gosden horse, but we're looking forward to getting our fellow going with an eye to a winter campaign

Saeed bin Suroor, trainer of Desert Fire
He stumbled and the jockey lost his irons at the start at Epsom last time so you can ignore that run. He's been in good form since and we think he'll run well. 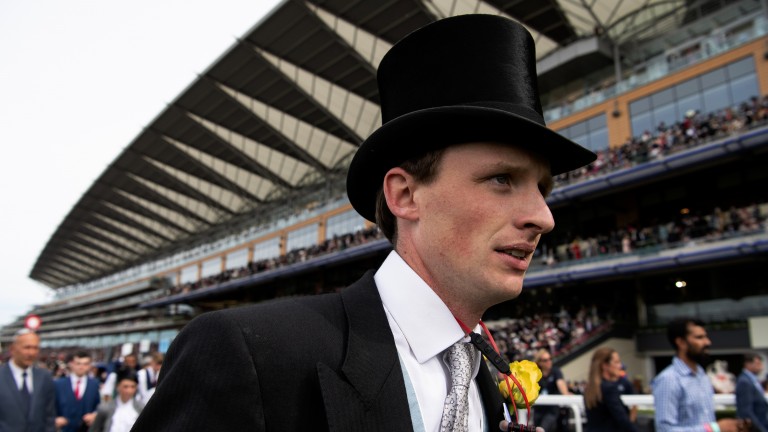 Archie Watson on Glen Shiel: "This looks a nice race to start him off in"
Edward Whitaker / racingpost.com/photos

John Gosden, trainer of Dubai Warrior
He won at Chelmsford on his debut and we were keen to run there rather than go to Haydock on Saturday as the likely soft ground would not have suited him. He's short on experience as he's missed half of the season but this will tell us a bit more as we look to the future.

Nick Littmoden, trainer of Original Choice
His form on the all-weather is good and we were pleased with his run at Goodwood the time before last and if he could return to that level he would have a chance. He ran in a messy race at the Shergar Cup last time that didn't really pan out for him.

Bruce Raymond, racing manager to Saif Ali, owner of The Trader
His first two runs after being gelded didn't set the world alight but he ran better when just touched off at Ripon last time. If that hasn't left it's mark he would have a chance, but Dubai Warrior looks the one to beat.

Spotlight: Andrew Sheret
Group 1 entries suggest Dubai Warrior is held in high regard and he can remain unbeaten but this is no gimme against some useful rivals.

FIRST PUBLISHED 6:00PM, SEP 3 2019
He's short on experience as he's missed half of the season but this will tell us a bit more about him