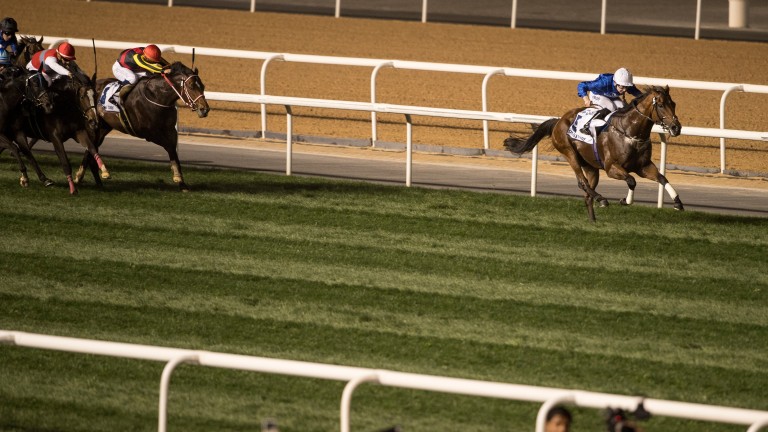 Benbatl glides to victory in the Dubai Turf for Oisin Murphy
Edward Whitaker
1 of 1
By Jack Haynes UPDATED 7:29PM, MAR 31 2018

Oisin Murphy produced his very own – slightly wobbly – version of the flying dismount after celebrating a first World Cup night winner aboard the Saeed Bin Suroor-trained Benbatl in the Dubai Turf.

On his ninth ride at the meeting, Murphy steered the Godolphin-owned son of Dubawi to a straightforward success over last year’s winner Vivlos. It was scarily easy.

Murphy was just denied last year when a neck second aboard Beautiful Romance in the Dubai Gold Cup, so this was a particularly sweet moment.

Speaking of his crowd-pleasing dismount, Murphy said: “I’ve got bad feet so I can’t do it. I tried though.

“I dream about riding horses of his ability so to get the opportunity to be on him in a race like this is fantastic. He only started his career as a three-year-old this time last year and he’s come a long way in a short space of time.

“This is massive for me – it’s a dream come true. I used to go at bed at night after the World Cup on the 31st of March each year hoping that one day I would be riding here, so to ride a winner is fantastic."

Bin Suroor, the leading all-time trainer on World Cup night, nominated Benbatl as his best chance of a winner earlier in the week. He was emphatically right. 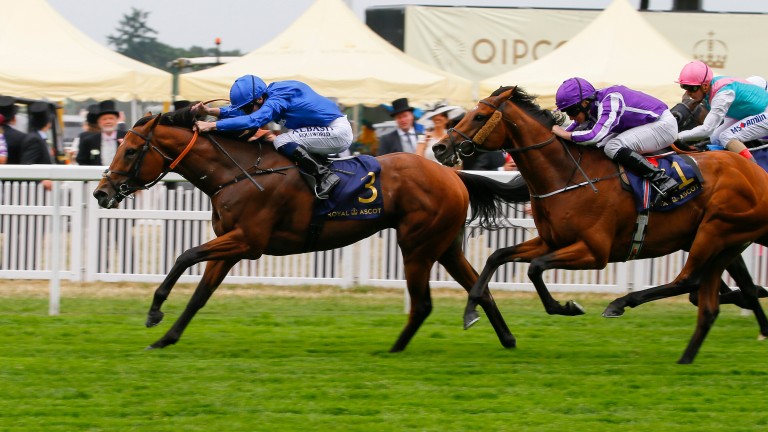 Benbatl: winning the Hampton Court Stakes with Oisin Murphy aboard

Murphy said: “I gave him a bad ride last time so it was very good of Sheikh Mohammed and Saeed for giving me another chance on him.

“He’s very talented. He had a good trip round today, everything fell right for him and he showed his class.”

Benbatl, winner of the Hampton Court Stakes last year, will return to Royal Ascot with Bin Suroor aiming the four-time Group-race winner at the Prince Of Wales’s Stakes on June 20, for which he was introduced in the market at 12-1 by Paddy Power.

The trainer, who was enjoying his sixth winner of the Dubai Turf, said: “That was very impressive and clearly he’s a good horse.

“We’ll give him a break now and go for the Prince Of Wales’s Stakes.”

Janoobi set a strong pace in the 1m1f contest, and when that told at the top of the home straight, Murphy pounced, kicking clear and holding his rivals all the way to the line aboard last year's Derby fifth.

It was a game effort in defeat from Vivlos, who chased the winner home in vain to finish a three-and-a-quarter length second, stepping up considerably on her below-par return at Nakayama last month. 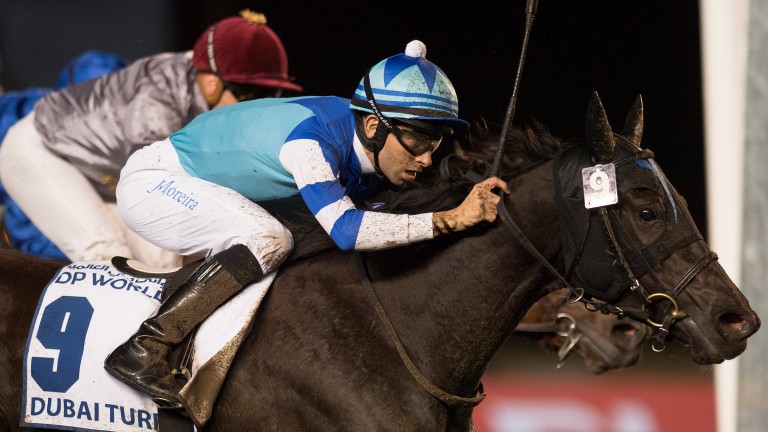 Vivlos: won the race last year and produced a big performance to finish second this time around
Edward Whitaker

Rider Cristian Demuro said: “She ran well as she’d lost her form in Japan so this was much more like it.

“Yasuo [Tomomichi, trainer] told me to hold her up as she had pulled hard in her recent races, but she was very relaxed today.

“She showed a good turn of foot and the winner is a very good horse.”

Japan also filled third position with Deirdre and Real Steel, successful in the race in 2016, sharing the spot.

FIRST PUBLISHED 4:47PM, MAR 31 2018
I dream about riding horses of his ability so to get the opportunity to be on him in a race like this is fantastic