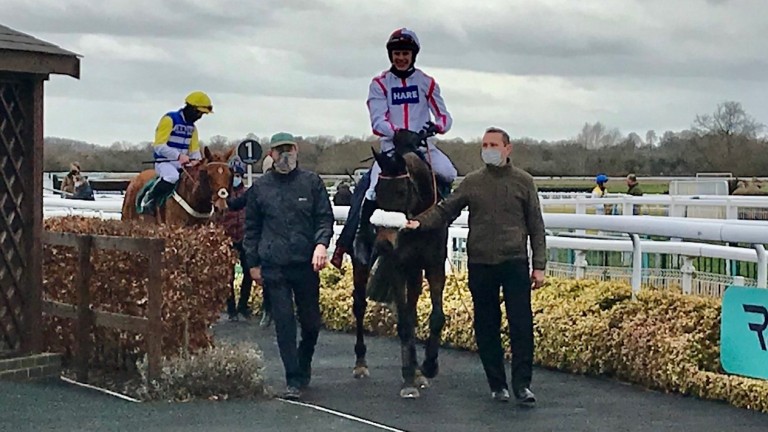 On To Victory and Tom Cannon return after winning the opener at Warwick
1 of 1
By David Milnes UPDATED 7:58PM, MAR 14 2021

The hurdles course was moved back on to the old Flat track for the first time since December which certainly suited On To Victory, who had won the November Handicap at Doncaster the last time he appeared in that discipline.

The seven-year-old was backed before division one of the 2m novice hurdle (10-11 from 7-4) and had little trouble posting a second win over jumps under Tom Cannon.

The Alan King-trained runner bypassed a tilt at the Supreme Novices' Hurdle at Cheltenham for this easier assignment and jumped like an old hand in defeating Ernesto by four lengths.

Enthusiastic winning owner Henry Ponsonby was of course not present, but he kicked off the remote celebrations just as On To Victory jumped the last.

He said: "On To Victory may go up in the handicap a little for that, but we are keen to keep a lid on his mark as the race we have in mind for him is the novice handicap hurdle at Sandown on the last day of the season in April."

The 7-1 chance also got the double up as he was earlier judged winner of the best-turned-out and was backing up the win of stablemate Lunar Baby in the contest a year ago.

O'Neill said of his six-length winner: "Coeur Serein has always been a talented horse, but he's had his issues which is why he hasn't run for so long. Hopefully he can win again after that." 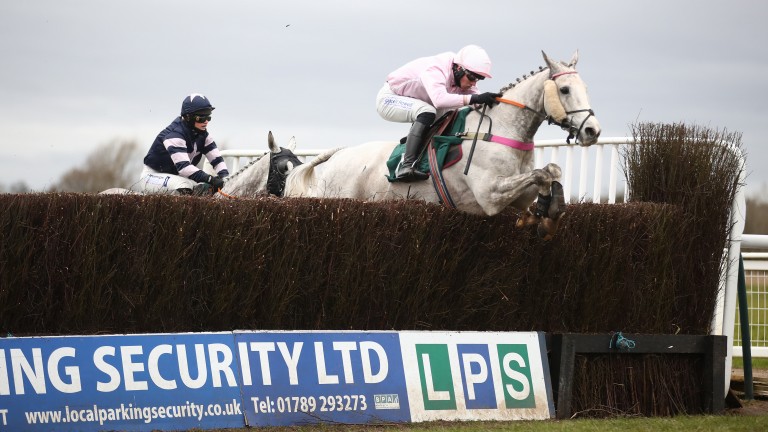 Ben Jones was so confident of success on Volcano in the 3m5f handicap chase that he even had a couple of looks over his shoulder in the closing stages of the long-distance slog.

The 3lb claimer had longtime leader Goodnight Charlie, who had won the race two years ago, in his sights for much of the journey before putting the race to bed from the home turn.

Volcano was racking up his third straight win over fences at the track for trainer Sheila Lewis.

Jones said: "As I was going so well I had a quick look around to see if there was anything else travelling in behind, but there wasn't so my confidence grew. I wish there were a few more like Volcano."

Christian Williams celebrated his biggest-priced winner ever when Mansoline ran away with the closing bumper under Gavin Sheehan at odds of 100-1.

The five-year-old mare booked her place for the Listed mares' bumper at Aintree next month in romping away from fellow newcomer High Worth.

Williams said: "We didn't know what to expect today from Mansoline as it was the first time she had ever galloped on grass."

Warwick are the custodians of the massive infield area at the track known as St Mary's Ground, which has proved more popular than ever with locals seeking exercise during lockdown.

The increased traffic has proved difficult to handle on occasions, especially in the run-up to race meetings when such usage has to cease. Clerk of the course Jane Hedley said: "It's written into our lease that we could shut St Mary's Ground two days ahead of a raceday, but we've had to be flexible as people have nowhere else to go around here.

"We currently close the five crossing points and have it cleared three hours before the first race, but shall we say some people are more happy to leave than others."

FIRST PUBLISHED 6:38PM, MAR 14 2021
The race we have in mind for him is the Champion Novices Handicap Hurdle at Sandown on the last day of the season