Dual National hero Mountainous out to bag another marathon 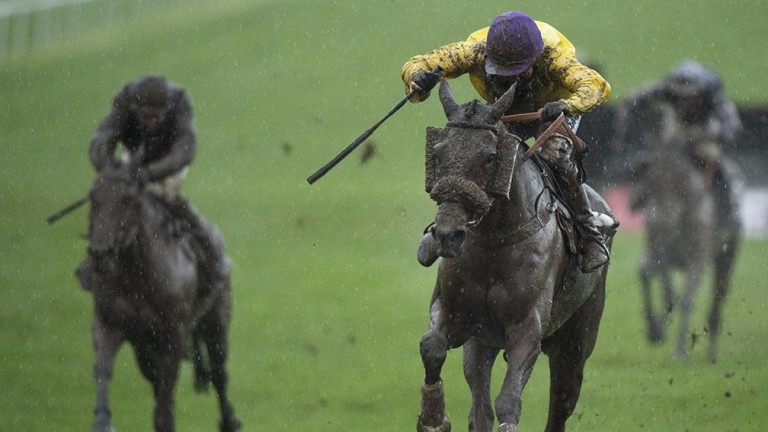 Regional Nationals may now be commonplace but they remain popular with punters and connections alike, and the latest marathon has attracted a healthy field of 16.

The weights are headed by a dual National winner in Mountainous, who has twice won the Welsh version at Chepstow, displaying boundless reserves of stamina that will stand him in good stead here.

He is now just 1lb above his last winning mark and ran creditably behind an in-form stablemate at Hereford this month.

West Of The Edge is also a National winner, having taken the Lincolnshire equivalent for his previous connections in 2015, and he has made a good start under Richard Newland, winning his first two starts before finishing runner-up back over hurdles.

Barton Gift may be without a National triumph, but stayers don't come much stronger, and he has registered four wins at distances in excess of three and a half miles.

Jonjo O'Neill, who is represented here by Spookydooky, has trained the winner of this race three times in the last eight years.

The Clyda Rover took this race in 2013 but has completed only once since and is 21lb out of the handicap.

Kerry Lee, trainer of Mountainous
He really enjoyed the testing ground at Hereford last time and it's a case of the softer the ground the better. Richard Patrick gave him a lovely spin last time and he takes off 7lb.

Michael Scudamore, trainer of Kingswell Theatre
He's finally dropped below his last winning mark and he's probably been running in races he hasn't quite been up to. He drops in class here and the soft ground will be fine.

David Pipe, trainer of Abracadabra Sivola
His last couple of runs have been good and, while it's a bit of a step up in grade, conditions should suit. He gives the impression he will stay but you never really know until you try.

Polly Gundry, trainer of Dawson City
The trip will suit him and I've taken the cheekpieces off as I don't think they helped him at Hereford last time, but I can't say I'm completely confident.

Richard Newland, trainer of West Of The Edge
He's done really well for us and we've given him a break since his last start [in December] to freshen him up. He won the Lincolnshire National for his previous connections so I'm hoping the step up in trip will suit.

Paul Henderson, trainer of Talk Of The South
He's a solid horse but has been second six times for us, unfortunately. We're hoping the extra distance might suit him.

FIRST PUBLISHED 6:00PM, FEB 23 2017
He really enjoyed the testing ground at Hereford last time and it's a case of the softer the ground the better