Dual champion back in the saddle at Wolverhampton

Fahey the first to call on former stable number one 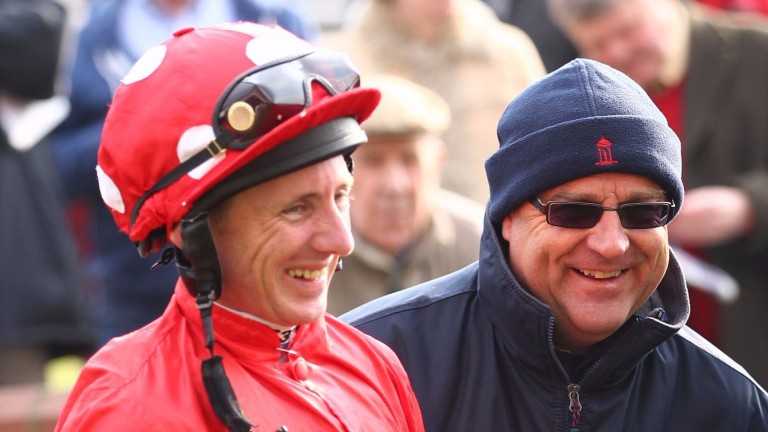 Paul Hanagan teams up with former boss Richard Fahey aboard Dark Confidant at Wolverhampton today
Steve Davies
1 of 1
By Scott Burton 10:34AM, JAN 31 2017

Paul Hanagan will be aboard Dark Confidant in the last race at Wolverhampton on Tuesday, his first ride in public since taking a self-imposed break at the end of last season.

Hanagan was replaced by Jim Crowley as first jockey to Hamdan Al Maktoum at the end of the 2016 season and has since concentrated on moving his family from Newmarket back to the north.

The hat-trick-seeking Dark Confidant is trained by Richard Fahey, who proved key to propelling Hanagan to successive jockeys' titles in 2010 and 2011.

Hanagan is booked for four rides at Newcastle on Wednesday, where Joe Tuite and Simon Crisford will also be using his services alongside Fahey.

Hanagan is a best-priced 7-2 with Betway to regain his championship crown in 2017.

FIRST PUBLISHED 10:34AM, JAN 31 2017
Dark Confidant is trained by Richard Fahey, who proved key to propelling Hanagan to successive titles in 2010 and 2011