Drugs supplier sentenced to 18 months in prison for 'exploiting racehorses' 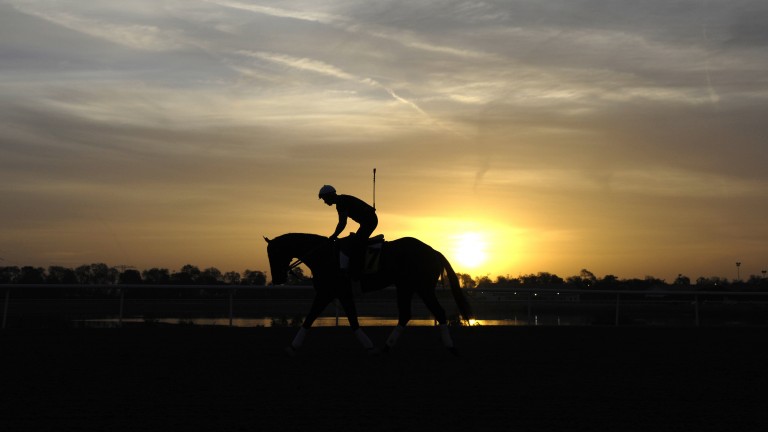 Scott Robinson has been sentenced to 18 months in prison for his role in selling misbranded drugs for racehorses
Edward Whitaker / racingpost.com/photos
1 of 1
By Jack Haynes UPDATED 7:09AM, MAR 10 2021

Scott Robinson, the operator of racehorse doping websites that sold and distributed adulterated and misbranded drugs, was on Tuesday sentenced to 18 months in prison.

From around 2011 through to March last year, Robinson conspired with others to manufacture, sell and ship millions of dollars’ worth of drugs, including performance-enhancing drugs (PEDs) marketed to racehorse trainers and others in the industry, according to the indictment and court documents.

The drugs were sold by Robinson through several websites, including horseprerace.com.

Among the drugs sold were blood builders, used by racehorse trainers to increase red blood cell counts and the oxygenation of muscle tissue to improve a horse’s endurance.

Audrey Strauss, the United States attorney for the Southern district of New York, said: “Scott Robinson created and profited from a system designed to exploit racehorses in the pursuit of speed and prize-money, risking their safety and wellbeing.

"Robinson sold unsanitary, misbranded, and adulterated drugs, and misled and deceived regulators and law enforcement in the process."

Robinson was also sentenced to three years of supervised release and ordered to forfeit $3,832,318.90.

The sentencing came a year on from Robinson being among 27 individuals charged in a series of indictments arising from an investigation of a widespread scheme by trainers, veterinarians, PEDs distributors, and others to manufacture, distribute and receive adulterated and misbranded PEDs and to secretly administer those PEDs to racehorses.

FIRST PUBLISHED 7:04AM, MAR 10 2021
He created and profited from a system designed to exploit racehorses in the pursuit of speed and prize-money, risking their safety and wellbeing