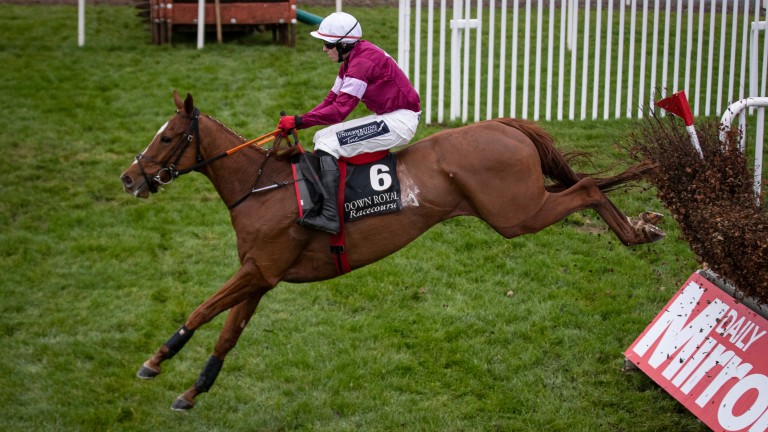 Samcro on his way to a comfortable victory on his chasing debut at Down Royal
Patrick McCann (racingpost.com/photos)
1 of 1
By Brian Sheerin UPDATED 2:41PM, NOV 8 2019

Samcro, who made a smooth start to his chasing career at Down Royal last week, is set to step up to Grade 1 company in the Bar One Drinmore Novice Chase at Fairyhouse on December 1.

The dual Grade 1-winning hurdler struggled last season, failing to score in three starts. But trainer Gordon Elliott is expecting much more this season and, speaking during a media morning at his Cullentra House Stables on Thursday, pointed out that Don Cossack lost his way before coming back and winning a Cheltenham Gold Cup for the stable in 2016.

Elliott said: "I was delighted with Samcro when he won over fences at Down Royal at the weekend and Keith Donoghue was very impressed with him.

"The Drinmore looks the obvious race to go for with him now and of course the likes of Battleoverdoyen and Champagne Classic are very much in the mix as well. That day at Fairyhouse is one we always look forward to. 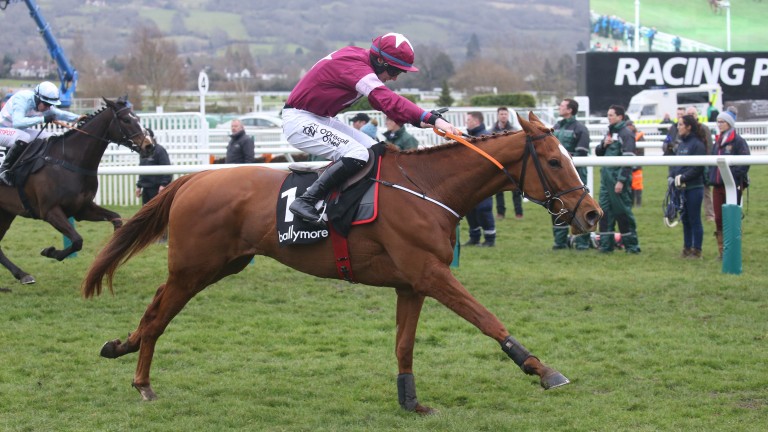 "Don Cossack lost his way for a season and came back and won a Gold Cup. There is no reason why this horse can't come back.”

Unbeaten as a novice hurdler, Samcro failed to spark in three starts last season and was given a 307-day break after finishing just under eight lengths behind Sharjah in the Ryanair Hurdle at Leopardstown in December.

Elliott added: "It was a big relief last weekend. Nothing happened for us last year and we couldn't get him to scope clean. We built a new stable for him and he's scoping very well now."

After becoming the first trainer to scoop all three Grade 1s on offer at Fairyhouse's early-season showpiece in 2017, Elliott revealed everything was on track in his bid for another lucrative treble in three weeks time.

Apple's Jade, who will make her eagerly anticipated return in the Lismullen Hurdle at Navan on Sunday, will then bid for a four-timer in the Hatton's Grace while the unbeaten Envoi Allen is under consideration for the Royal Bond Novice Hurdle.

Elliott said: "Apple's Jade will run in the Lismullen Hurdle at Navan on Sunday. She's in good form and Navan is the ideal place for her to start off the season.

"It's a great track and she has won this race for the last two years and while she is not getting any younger, she has been working well and that's the plan for her. After Navan, she'll be back to Fairyhouse for the Hatton's Grace."

On last season's Champion Bumper winner, Envoi Allen, Elliott added: "He was very good when he won over hurdles at the weekend at Down Royal. He has come out of that race well and we are looking at the Royal Bond for him." 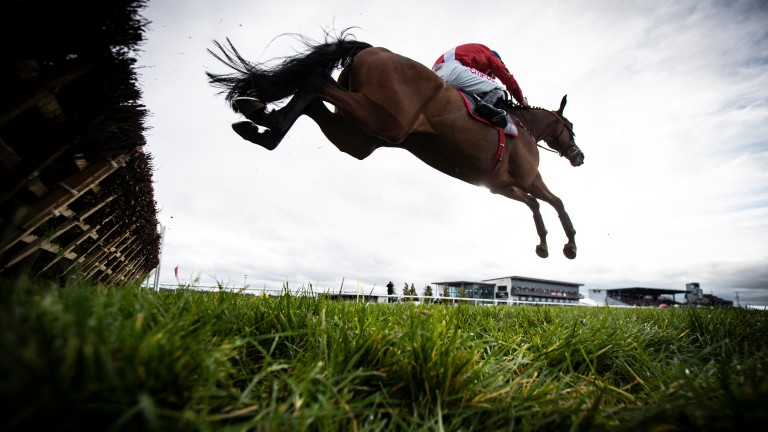 Envoi Allen jumps the last en route to victory in the 2m½f maiden hurdle at Down Royal
Patrick McCann (racingpost.com/photos)

November promises to be an important month for the trainer, who is chasing a fifth success in the Troytown Chase at Navan on November 24.

Responsible for 12 of the 37 entries, Elliott's team for the €100,000 race is headed by Galway Plate winner Borice and the narrow Kerry National runner-up Ravenhill.

"We’ll support Navan throughout the season and we have a good few to run in the Ladbrokes Troytown Chase," Elliott said.

"The Grade 2 Navan Novice Hurdle over two and a half miles in the middle of December is a race that we tend to target some of our best staying novice hurdlers at and that will be the case again this year."

FIRST PUBLISHED 8:00AM, NOV 8 2019
Don Cossack lost his way for a season and came back and won a Gold Cup. There is no reason why this horse can’t come back

Samcro, Stratum and much, much more - have you got that Friday feeling yet? 'He's in great shape and working well' - can Samcro bounce back in Galway Plate? Samcro tops a maximum field for the Galway Plate with Jordan Gainford booked Top owners Simon Munir and Isaac Souede remove horses from Gordon Elliott's yard Owner horrified to learn Kiss Me Kayf was sent to English abattoir Henderson: racing must heed Panorama warning over traceability of retired horses