Dreaming of America and a Cheltenham Festival winner 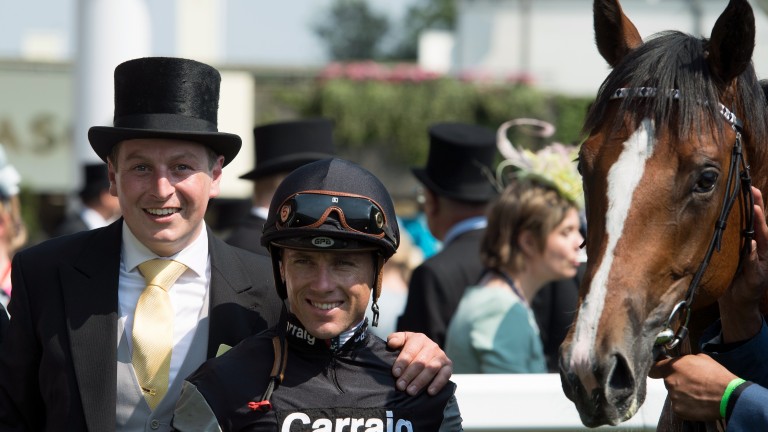 What advice would you give your ten-year-old self?
The harder you work the luckier you will be.

What’s the best bet you’ve ever had?
Rajasinghe at Royal Ascot this year. His 33-1 odds were too good to be true ante-post and I would always prefer to have a little on to win a lot rather than the other way round.

If you could play any other sport professionally, which would it be and why?
Cricket. I used to open the batting and keep wicket for my school in Worcester – Tom Illingworth, the son of Richard who played for England, was in the same year, and I could have gone down the county route. I played at New Road, the county ground, before horses took over.

What do you think racing does best?
It brings people together from all walks of life, whether owners or anyone who wants to be a jockey, and gives everyone a chance to fulfil their dreams and passion.

Other than better prize-money, what is the one thing you would change about racing?
Race planning. Take apprentice and amateur rider races – you can have no race for two or three weeks and then two on the same day and no chance of riding in both. It's the same now with races, especially at the lower end.

What is your earliest racing memory?
Going to Upton-on-Severn point-to-point not far from Worcester when I would have been about four and watching family and friends having runners. I would go to points most weekends.

Did you ever dare to dream of a Royal Ascot winner so early in your training career?
No. But when I started working in Newmarket I asked Phil Cunningham (Rebel Racing owner) what did he want to win. He said a Royal Ascot race. I never dreamed we would do it in my second season training.

Has the Royal Ascot success of Rajasinghe changed anything?
It has proved we're quite capable on the big stage and has attracted some new owners, so we've expanded the yard with more horses for next year. Everyone is hungrier to go out and do it again. It has opened doors to more winners. 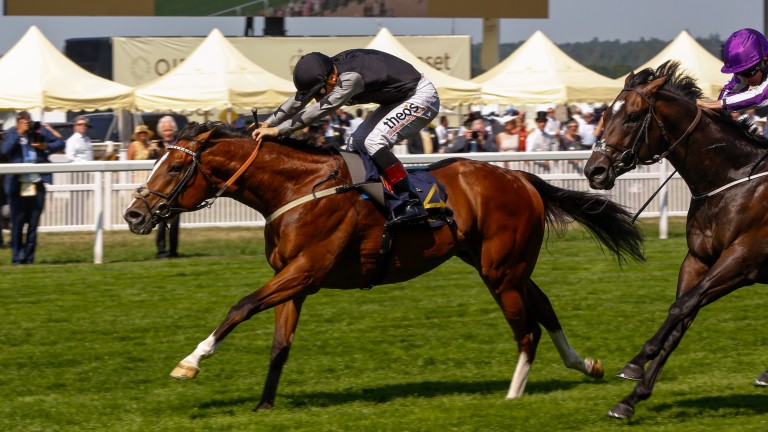 Would you rather win the Derby or be champion trainer?
The Derby, with all its prestige as one of the biggest races in the world – and if you win it then you have more chance of being champion trainer as well!

Which country would you most like to race in that you haven’t yet?
America. I would love to go and take on the Americans on their home soil. It might even happen this year with Rajasinghe as he would get the fast ground he needs over there.

Frankel or Dancing Brave?
Frankel. I was lucky enough to see him win at York. It was breathtaking and made the hairs stand up on the back of my neck.

What’s your biggest ambition in racing?
To be champion trainer but, being born and bred near Cheltenham, I would love to have a festival winner – I do have a dual licence and have had winners over hurdles.

And outside of racing?
To get a holiday in 2017! It's always difficult as I eat, sleep and work racing.

What is your worst habit?
Not being a good loser. I'm working at it and getting better.

If you could meet one person, past or present, who would it be?
My grandfather. I would love to see him and his reaction to what has happened to me in the last few years as he was a big supporter.

What is your most treasured possession?
My whippet Dobie – no I didn't name him!

How do you relax away from racing?
Going out with a few friends for a good meal.

Who has been the greatest influence on your career?
Barry Hills. I learned so much from him and would probably still be there if the chance to train hadn't come along. 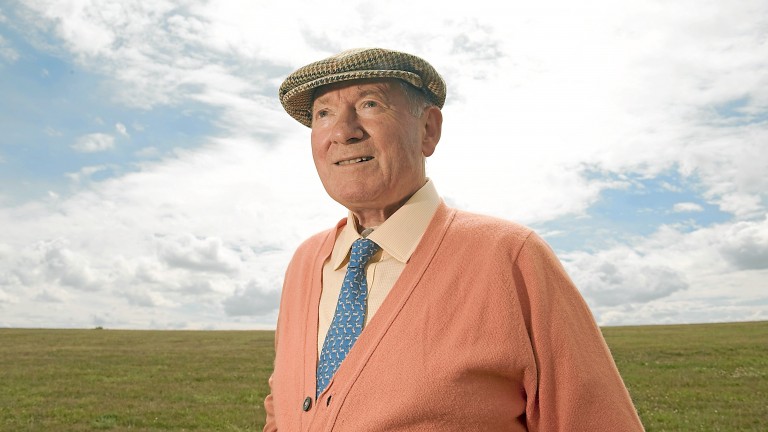 What is the strangest/funniest thing you have seen on a racecourse?
Riding in a point-to-point with Tim Lane, now manager of the National Stud, for the same owner and trainer and we had a match bet. My horse slipped up on a bend and when I looked up Tim's horse had got stuck on top of the fence 30 yards further on and he was clambering off the fence.

Who do you most admire from jump racing?
Peter Bowen and his family. I worked for him when I left school at 16 and he is an absolute genius – as are the whole family.

When did you first know you’d become a trainer and why?
When I was told I was too fat to be a jockey – that was when I was quite young. I had always wanted to be a jockey and went down the amateur route until I broke my back at Warwick in 2015 but training was what I wanted to do.

What’s your biggest fear?
Heights. No problem on the back of a horse going 40mph and jumping fences but not standing at the top of a building.

Do you have a nickname?
Spence.

Who’s your biggest fancy for next week?
Bernardo O'Reilly. He was disappointing at Newmarket the other day but will have a couple of entries this week and hopefully make amends.

FIRST PUBLISHED 6:00PM, OCT 7 2017
I would love to go and take on the Americans on their home soil