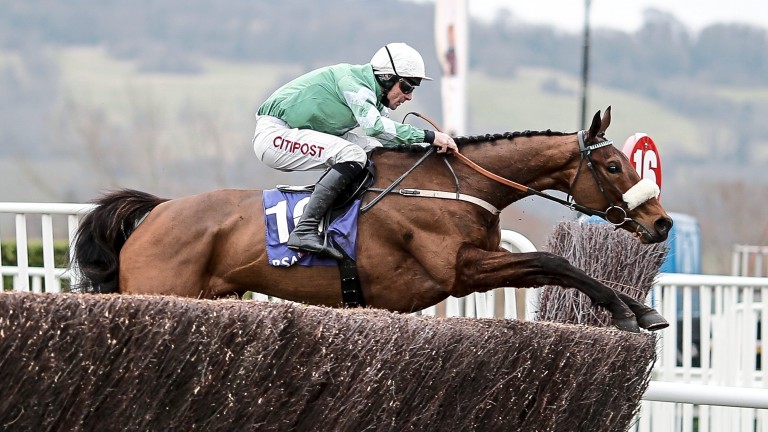 No winner of the festival showpiece has gone into the race without a start over fences that season since Easter Hero in 1929. But while Presenting Percy will not have a competitive chase start before his big day on March 15 he does now have some much-needed schooling at a track.

In order to accommodate the eight-year-old, officials at Galway, his local track, flipped round the track's fences so he could tackle them going left-handed – thereby recreating what he will face at Cheltenham later this month. On Saturday the course tweeted pictures of him jumping a fence.

Since winning the RSA Chase at Cheltenham last year, Presenting Percy has had only one outing, winning the Galmoy Hurdle at Gowran Park in January. 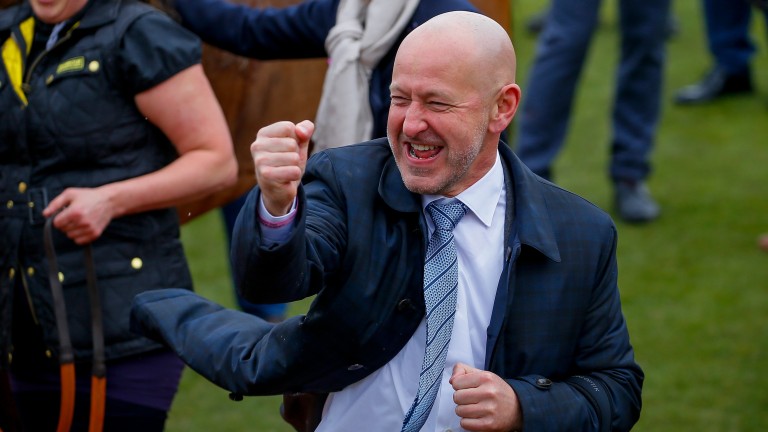 Philip Reynolds: "I thought he'd be on the premises asking a question"
Mark Cranham

Reynolds revealed it was a second trip to the track in the last fortnight. On Saturday he was joined by stablemate Mall Dini, a 14-1 chance for the Ultima Handicap Chase on the opening day of the festival.

Reynolds hopes the outings have put Presenting Percy spot-on for the Gold Cup. He said: "Fair play to Michael Moloney [racecourse manager] and the whole crew as they've facilitated us twice now. We were there last week and we were there today and all went well. Willie McMahon, who rides him in all of his work, was aboard again and he was happy.

"The whole crew at Galway did a great job in getting the fences out and, as everyone has seen, they put them going left-handed for us.

"They also put them going down the dip rather than going up it, so bar going over to Prestbury Park and jumping a few in anger, we couldn't have done much more.

"But that's the Tribesmen [Galway natives] for you. When the chips are down they pull together. Win, lose or draw we'll be down in Galway after the Gold Cup."

Reynolds said trainer Pat Kelly could not be happier with Presenting Percy, a top-priced 4-1 for the Gold Cup alongside King George winner Clan Des Obeaux.

He said: "Pat is extremely happy with him and he worked with Mall Dini this morning, who's not a bad yardstick. We're delighted with him. Fingers crossed he'll be okay in the morning and for the next fortnight. Trying to keep him right is the challenge now."

It took a big effort from the Galway groundstaff to get the fences turned and railings, which would had been stacked away for the winter, in place for Presenting Percy.

Efforts which was were worthwhile according to racecourse manager Moloney, who said: "It's great for Galway to have a horse heading for the Gold Cup and the whole County is behind them all to make the best of it.

"It's nice to be able to provide a little bit of help along that journey. Hopefully, come Friday week, everybody will be celebrating in the west of Ireland."

Analysis: a horse wrapped in a riddle
Stuart Riley, reporter

Presenting Percy has had a most unconventional prep for this year's Gold Cup – but that will only enhance his, and his trainer's, mythical reputation if he wins in 13 days time. Of course, the problem with such an unusual build up is if anything goes wrong on the day the preparation will be blamed regardless of how relevant it is.

He was ultra impressive in last year's RSA, thumping Monalee – who is among the favourites for this year's Ryanair – by seven lengths and he jumped, travelled and came up the hill that day like he was purpose built for a Gold Cup.

As many have already shown this season – Might Bite springs to mind – one's Gold Cup chances can go down as well as up when running and Presenting Percy has not done any damage to his claims. It is perhaps a reflection of the season we've had that is enough for him to still dispute favouritism.

It has not been a prep that I'm on board with, especially at the price. If he wins, fair enough, but I'm happy to let him go unbacked. I'm sure every Irishman I speak to between now and then will do their best to convince me otherwise, and come the day I may well have been persuaded, but at this stage I'd rather have a horse who has achieved what Clan Des Obeaux has this season on my side.

FIRST PUBLISHED 1:27PM, MAR 2 2019
It's great for Galway to have a horse heading for the Gold Cup