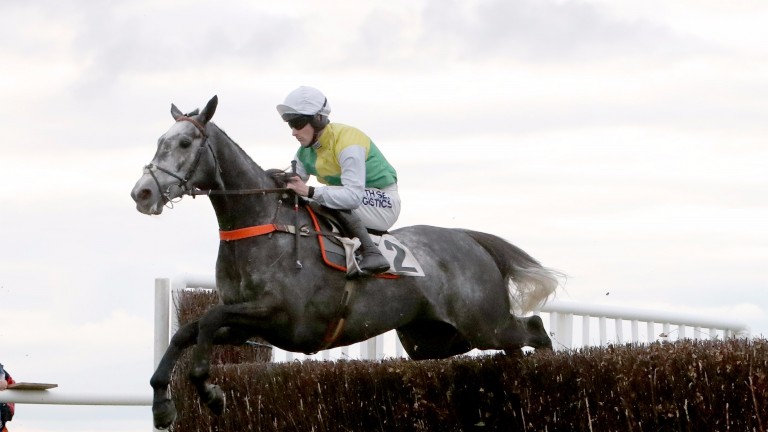 Future talent is the name of the game at Haydock on Friday with three potentially informative races featuring a number of horses who have found their way into plenty of notebooks.

Last season’s Scottish Champion Hurdle runner-up Cloudy Dream made a pleasing start to his chasing career in a three-runner race at Carlisle last month but has more on his plate in the Brown Shipley Graduation Chase (1.25) over 2m.

"He jumped well on his debut, he has schooled well since and is in great fettle," said trainer Malcolm Jefferson. "I'm looking forward to it and I just hope it doesn’t rain too much."

Dan Skelton sends out Pain Au Chocolat, who found the latter stages of the Haldon Gold Cup a little hot on his first start since May. 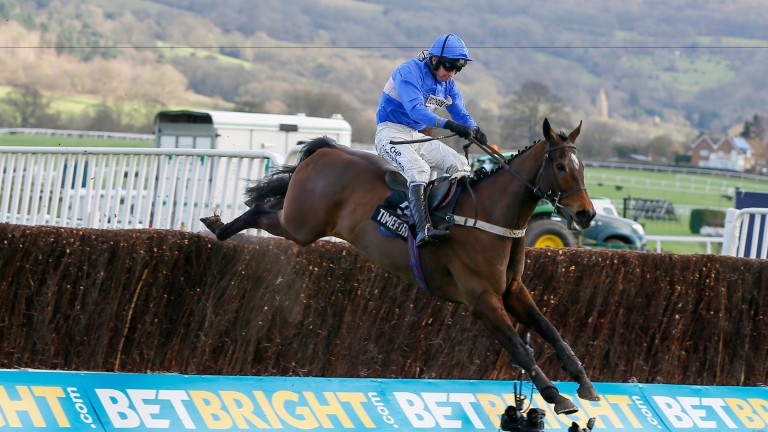 King's Odyssey: all set for the Caspian Caviar Gold Cup on Saturday
Mark Cranham
King's Odyssey has been off since January while Evan Williams waited for the return of winter ground but, on the evidence of wins at Wincanton and Cheltenham either side of the new year, the seven-year-old could be one to follow this season.

"It's a prep run and the ground hasn’t been anywhere near soft enough for him and so, as soon as it has come, we thought we'd jump on this opportunity," said Williams. "It's far too short for him really but the ground will be very soft and he needs to start somewhere."

If all goes well King’s Odyssey is being aimed at next month’s Caspian Caviar Gold Cup at Cheltenham.

Williams said: "Our first plan was the BetVictor Gold Cup but it was obvious from a long way out that the ground wasn’t going to come right, so he had a couple of quiet weeks. We just have to take this opportunity."

Davy Russell takes the ride aboard Doctor Phoenix, who carries 7lb more than when winning this race 12 months ago under Brian Hughes, while the field of five is completed by Hollywoodien, who boasts wins at Ascot and Warwick from four chase starts since joining Tom Symonds from Francois Nicolle.

Williams and long-time backers Angela and William Rucker are also represented in the Betfair Exchange Novices’ Chase (2.35) over 2m5½f.

Winner of two of his four starts over hurdles and not disgraced when third to Yanworth at Ascot in December, Aqua Dude is another for whom Williams has been waiting on the rain.

"He's a lovely horse," said Williams. "We're taking on horses who have had a run and this is a starting point for us. We're certainly not at our best but that cut in the ground is so important with him and he needs to start off."

Politologue was essentially biding his time over hurdles last season for Paul Nicholls and John Hales but was still regarded well enough to be sent off in single figures for the Coral Cup on his final start of the campaign.

"He won a Listed race over hurdles on soft, so he won't mind the ground," said Nicholls. "He was later in than some of mine and whatever he does he will improve for the run."

Chasing debutant Welsh Shadow ran in Graded company as a novice hurdler last winter and put up a career-best when fifth to Yorkhill at the Cheltenham Festival.

The card kicks off with the Listed Betfair Ready Newton Novices' Hurdle (12.50) where the highly tried Khezerabad tries to build on his maiden hurdle success at Sandown 12 days ago, having found stablemate Thomas Campbell too strong on his reappearance at Cheltenham last month.

"He's had a couple of runs but he is good," said Nicky Henderson. "I'd be a bit concerned about the ground for him. He won well at Sandown the other day and he'll keep improving."

Ballyhill arrives here on a hat-trick, while Capitaine broke his maiden over hurdles first time up by 20 lengths at Wincanton, having previously hacked up at the same track in a bumper in April.

"He has won twice on good ground at Wincanton," said Nicholls. "This is a different test for him. The ground is a bit slower but we think he's a nice horse."

FIRST PUBLISHED 6:00PM, NOV 17 2016
Cloudy Dream jumped well on his debut, he has schooled well since and is in great fettle