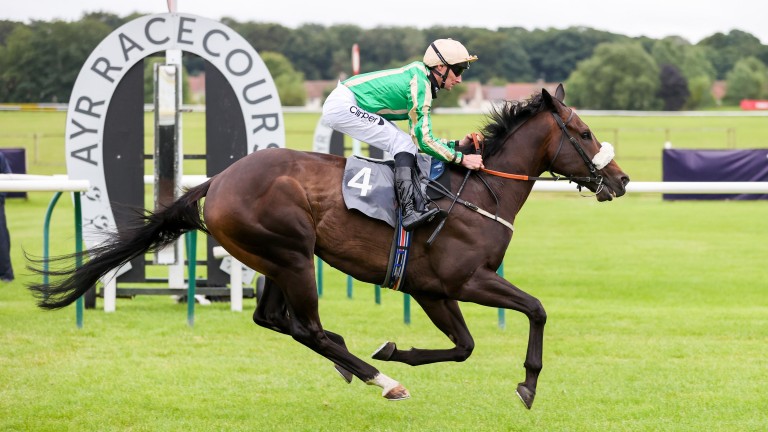 Goodwood is known for its propensity to produce chaotic races, amply demonstrated in a dramatic and memorable Sussex Stakes on Wednesday. That race had only seven runners, but in the big-field Golden Mile hard-luck stories are a near certainty year on year.

While the scrimmaging tends to take place on or near the rail, the Golden Mile is also a well established draw race, with the lower-numbered stalls reputed to be highly favoured.

Looking at the race winners will tell you that stall three has produced the last three winners, stall one two more of the last ten and that only one winner in that time frame has come from a double-figure draw. The Vale Of Kent-Almufti forecast would pay quite well if you are inclined to leave it at that. It is not quite that simple of course, but closer inspection still strongly favours the low-drawn horses.

Considering the percentage of rivals beaten in the last ten runnings, those breaking from the lowest five stalls have on average finished in front of 62 per cent of their rivals. For those drawn in the next five stalls, it is 54 per cent. The next five return 43 per cent and those drawn higher than that 40 per cent. That is a marked difference. To illustrate, in theory a given horse would finish four places higher if drawn in stalls 1-5 than if it was in 16-20, assuming a maximum field.

The caveat is there is not a maximum field this year. The last ten runnings had between 17 and 20 runners, whereas only 15 have been declared here. Even so, with such a marked advantage it is unlikely that it will go away for having two fewer runners in the field.

The market has sorted itself out otherwise regarding the most interesting horses, allowing for the effects of the draw. Sir Busker and Cliffs Of Capri have good Ascot form behind them and come here in good order. The latter is on the same mark as when second to Blue Mist at the weekend and is 2lb well in (favourite Prompting is 6lb well in, albeit having won his race in Class 4 company).

Vale Of Kent and Cardsharp are both trained by Mark Johnston and both were behind Cliffs Of Capri at Ascot. Cardsharp was third, but Vale Of Kent is shorter, presumably because he ticks more boxes. He is a winner at this meeting, has plenty of big-field handicap form and the early pace over a mile to make the most of a draw in the seemingly charmed stall three.

Prompting fast on the improve

Prompting looks ideally placed in stall two and is certainly well treated at the weights with just a 3lb penalty for last Saturday's victory at York as he has been put up fully 9lb by the handicapper after that success.

He is unbeaten in two runs since joining David O'Meara, who said: "He's an improving horse. This comes a bit quick off the back of his last race but he's well-in at the weights so he has to run to see where we are."

O'Meara also gives Baltic Baron a second crack at the race and said: "He ran well in this last year and there is a big race in him somewhere along the way. I'm sure he'll be better off back at a mile."

Richard Hannon, trainer of Urban Icon
He's a very good horse and I still have a lot of faith in him. He's a strong traveller, which will help here, and although he's got it to do off 109 I think he might be better off here in his first handicap than carrying a Listed penalty.

William Knight, trainer of Sir Busker
He's in really good order and has won at the track before. I wouldn't want the ground to get too quick, I hope Mr Arkell puts a bit of water on. That would definitely help us. 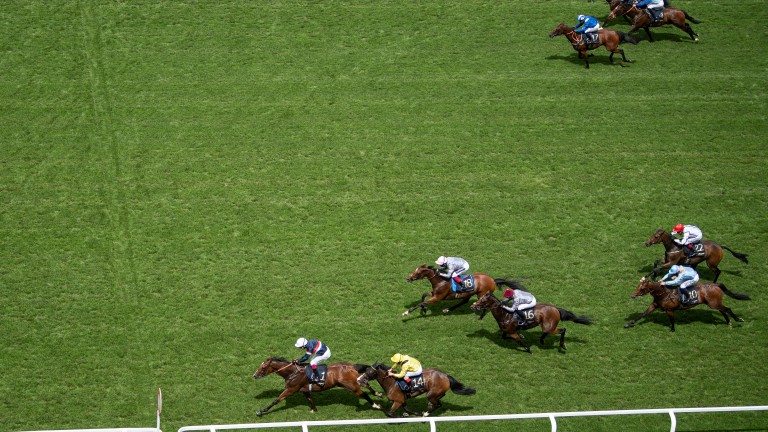 David Simcock, trainer of Bless Him
The original plan was to run in the Lennox but he doesn't like loose ground. He seems in good order and ran respectably last time at Ascot in a better race. He'll need a bit of luck but I hope he'll run well.

Charlie Hills, trainer of Afaak
He's come down the handicap a bit and has run well at Goodwood in the past. We're hoping the first-time blinkers will help him.

Roger Varian, trainer of Willie John
He'll like the trip and the ground and with luck in running he can run a nice race. Last year's second to Elarqam was at Goodwood and that was probably a career-best.

Alastair Donald, racing manager to King Power Racing, owners of Zwayyan and Fox Premier
Zwayyan had a good comeback run the other day and tends to run well in this type of race. He'd have a place chance. Fox Premier has had a couple of hiccups. He has the talent but we haven't seen it this year yet. He works like a good horse at home but it hasn't happened for him recently.

Jamie Osborne, trainer of Cliffs of Capri
He seems fresh and well but the risk is it's only six days after he ran what you could argue was a career-best at Ascot. He's in a good place at the moment, he's 2lb right and he's well-drawn so he has to take his chance but in the back of your mind is "are you going to reproduce the same level of form?'

Hugo Palmer, trainer of Almufti
He's in good form and the ground went against him at the July meeting, he wants it quick. He has yet to win on turf but this is the first time he's run on a turning track. He's got a good draw but he needs luck to get the splits at the right time.

FIRST PUBLISHED 6:00PM, JUL 30 2020
He ran well in this last year and there is a big race in him somewhere along the way. I'm sure he'll be better off back at a mile