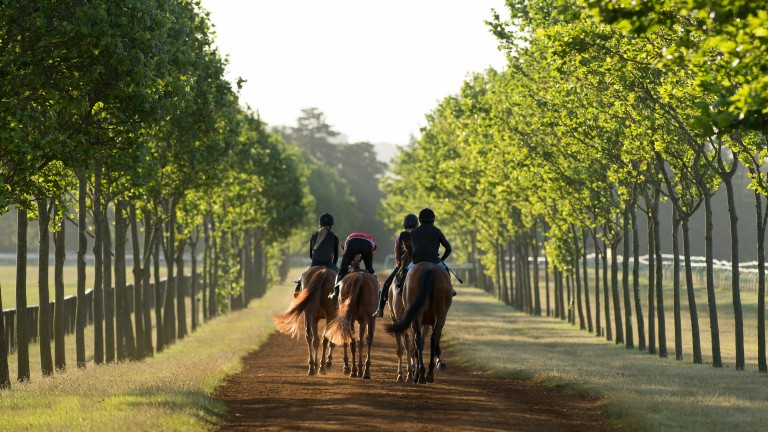 Newmarket trainers are set to be hit with high rises in rates
Edward Whitaker
1 of 1
By James Burn 5:18PM, DEC 1 2016

The threat trainers face from the rise of business rates next year is a serious one, their official body outlined yesterday when it warned some of its members could be put out of business by the hike.

As a result of the government’s latest rates revaluation, the basic rateable value of yards across Newmarket is set to soar by 53 per cent, but for some trainers there and across Britain the amounts they will owe to HM Revenue and Customs could be significantly greater, while racecourse operator Arena Racing Company revealed it faced a 50 per cent increase.

In response, the BHA, Racecourse Association and National Trainers Federation will meet on December 15 to share expertise and discuss what lobbying might be appropriate to challenge the policy.

Rupert Arnold, the NTF's chief executive who stressed the need for racing to have a coordinated approach, said yesterday: "We want to reassure people in the industry there is a high-level discussion going on.

"Rates are already a very high overhead for trainers even before this increase. The cost of rates is something all trainers would be trying to mitigate and it's been something we've been aware of and have tried to help reduce. It's always been an issue but the scale of this revaluation wasn't forecast at all.

"Other than the top five to ten per cent of trainers, there are 500 who have very marginal businesses so it wouldn't be a case of the majority of trainers being able to absorb a raise like this. Far from it; it's more likely to put them out of business."

Arnold, who said the new valuations could be appealed against from April when they will have already come into force, added: "It's not just racing that's affected – commercial premises are affected across all industries – and I'm aware from discussions that lots of other industries are working to address the dramatic increases that have affected them."

Arnold also encouraged his members to complete an NTF survey about rental information.

"If we're going to help with appeals the more information we have the better," he said. "Lots of trainers did respond, but we'd like to invite those who didn't to do so."

Newmarket-based Stuart Williams' rates will increase from £32,500 to £64,500, but it is not just horsemen who will be hit as Arc, Britain's largest racecourse group that runs 16 tracks, also faces additional charges.

The group's director of external affairs Susannah Gill said: "Rates across Arc racecourses have been reassessed in line with all businesses and the initial assessment suggests we face nearly a 50 per cent increase in costs for 2017.”