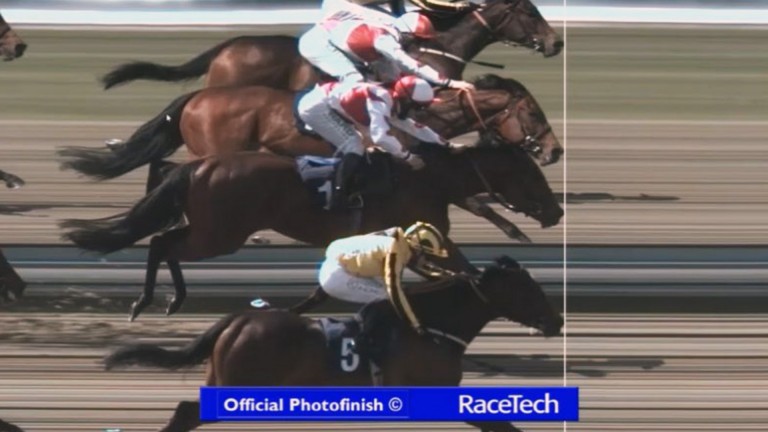 There was nothing to separate the winners Virginia Plane and Four Adaay as they battled to a dramatic dead-heat in the 5f handicap.

The John Quinn-trained Virginia Plane was pushed to the line by a late surge from Four Adaay and champion jockey Oisin Murphy.

Four Adaay’s trainer, Rod Millman, said: "I've not watched the race yet but I think it’s the first dead-heat I’ve had in 32 years.

"All I know is a six-pound penalty for a win is far better than going up four pounds in a handicap next week without winning!”

On Four Adaay, he added: "She’s always had a lot of speed but it’s just about getting it right. I don't think she handled the fast ground at Nottingham last time. She’s a bit of a short runner at times but she’s had a good season so far.”

Before sharing the spoils of this race, Four Adaay and Virginia Plane had scored just one win each, both at the same distance.

There were promising displays of three-year-old talent as Anmaat and Beau Jardine won the two divisions of the mile novice.

In the second division, Beau Jardine maintained his unbeaten run on his all-weather debut for Roger Varian, benefiting from a strong ride by Andrea Atzeni to win on his first start since October.

FIRST PUBLISHED 6:56PM, MAY 4 2021
All I know is a six-pound penalty for a win is far better than going up four pounds in a handicap next week without winning!