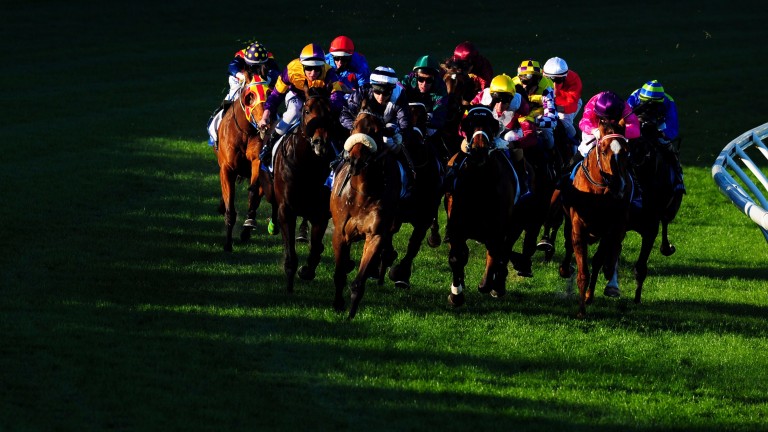 The Manikato Stakes at Moonee Valley racecourse was full of drama from the off
Vince Caligiuri
1 of 1
By David Jennings UPDATED 5:00PM, OCT 28 2017

Drama down at the start, drama at the first bend, drama at the finish and drama in the stewards' room afterwards. Dramatic was the only word you could use to describe the Group 1 Manikato Stakes at Moonee Valley on Friday which was won, eventually, by outsider Hey Doc (Tony McEvoy/Luke Currie).

Crowd-pleaser Chautauqua, who won the race in 2015, was withdrawn at the start after getting his leg caught over the gate.

According to the stewards' report the seven-year-old trotted up lame in his near hind leg. The announcement of the scratching resulted in a chorus of boos from the crowd.

When the six-furlong contest under floodlights belatedly began Hey Doc was quickly into stride from stall nine under Luke Currie. He moved across to the rail at the first bend and odds-on favourite Vega Magic was inconvenienced, subsequently bumping into In Her Time.

It was that move which prompted Corey Brown, rider of the runner-up In Her Time, to lodge an objection after the race having failed by a head to reel in Hey Doc. The inquiry lasted about ten minutes but the result stood.

Currie dictated the fractions to perfection on Hey Doc, keeping enough in the tank to repel the late surge of In Her Time, with Malaguerra a further half a length back in third.

It was a tale of woe for Vega Magic, who could not produce any tricks and faded disappointingly.

Jockey Craig Williams reported: "He pulled up flat. He definitely wasn't the horse we have seen in the last three starts. Maybe it was the lights but something wasn't right. That was not the real Vega Magic."

FIRST PUBLISHED 2:31PM, OCT 27 2017
He definitely wasn't the horse we have seen in the last three starts. Maybe it was the lights but something wasn't right