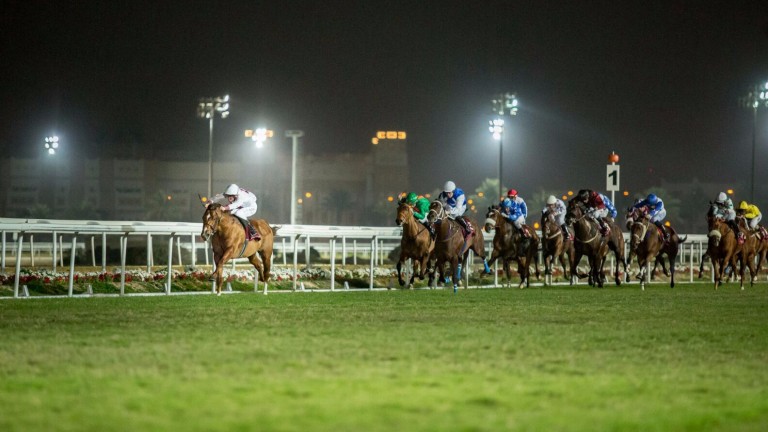 Scarlet Dragon, Britain's hope in yesterday's Qatar Derby, ran out of puff when attempting to cap a fine season in Doha's $500,000 highlight, won in impressive fashion by the German-trained Noor Al Hawa.

A four-time winner this year, Scarlet Dragon was ridden by Britain's champion Flat jockey Jim Crowley but was the first beaten and finished 14th of the 16 runners.

"It was not his day but he walked out sound and we live to fight another day."

It was, however, very much Noor Al Hawa's day as he powered home to justify his new Qatari connections' decision to buy him.

Delighted trainer Andreas Wohler had been concerned conditions would be too quick for the son of Makfi, but those fears proved misplaced.

"Adrie [de Vries] said when he cantered down he was feeling well," reported Wohler. "He travelled really well and we could go wide because we were the best horse, and there's no need to be boxed in.

"He's a good horse and will improve next year."

The post-race debrief indicated this would be Noor Al Hawa's last run for Wohler, though he is set to remain with the trainer and be prepared for the Emir Trophy at Doha in February.

"It's the first time I've sat on him but I've seen him in Germany – he's beaten me a few times."

Behind Noor Al Hawa in second was Gerrard's Quest, while Al Mohalhal was third.

Pat Cosgrave, who rode the second, said: "I was too far back but was drawn 16. The winner won well but it was a good run from my horse."