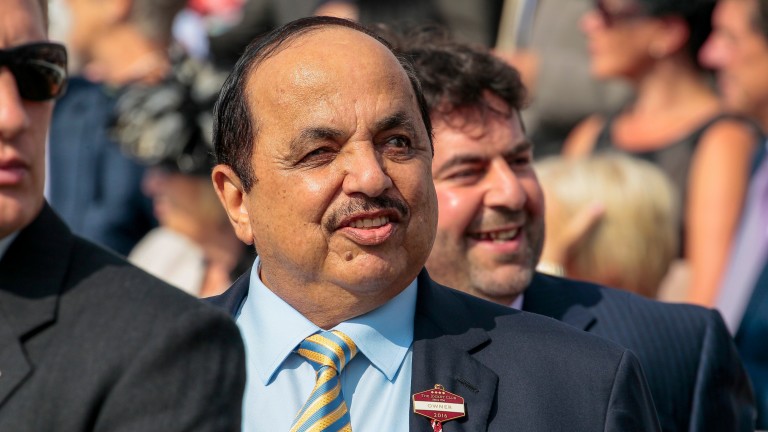 Trainer Roger Varian managed to source the perfect replacement for regular rider Andrea Atzeni, who on the eve of Champions Day was handed a suspension, as James Doyle weaved in and out of traffic to land the £250,000 Balmoral Handicap aboard Sharja Bridge.

Doyle's mount was still travelling strongly heading into the final two furlongs of the Qipco-backed finale at Ascot on Saturday and looked to have an impossible task with the majority of the 19-runner field ahead of him all pinned to the far rail. But under a patient ride he powered home to deny Escobar on the line.

Doyle, riding for Atzeni's employer Sheikh Mohammed Obaid, said: "I feel sorry for Andrea, it's a big blow for him to miss a day like today. It was a good ride to pick up."

He added of the winner: "I thought he did it quite impressively in the end. He had to dance through some small gaps to get there, mind, and he showed plenty of speed on that ground."

Varian added: "I thought it was a great performance, it's unfortunate for Andrea but James has done a great job.

"He's a talented horse, he's not quite had the luck this year. He was beaten a head on Guineas weekend and went up 10lb, and things hadn't worked out since so I'm glad he won."

Mjjack and Another Batt ran admirable races in third and fourth, Kynren was fifth, and Raising Sand was the last to grab a share of the prize-money in sixth.

Argentello, who started the well-backed 9-2 favourite to complete a John Gosden-trained four-timer on the day, could manage only seventh.

FIRST PUBLISHED 5:53PM, OCT 20 2018
I thought he did it quite impressively in the end. He had to dance through some small gaps to get there, mind

'He worked so well' - Atzeni snapped up for French raider in Jersey Stakes Cheltenham, Aintree - and now Ascot? De Bromhead adds filly to Coronation mix A top on-course bookie on the horses he's out to get on day one at Royal Ascot 'Very vociferous' Stradivarius ready to rumble - but Gosden fears Subjectivist Foot abscess forces Royal Ascot favourite Bay Bridge out of King Edward VII 'She's on the upgrade and I believe she'll run above herself next week'