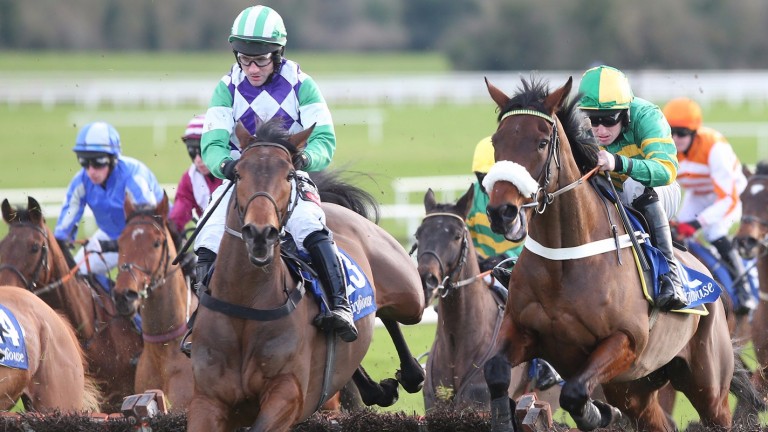 It's hard to believe that ten years have passed since John Queally's admirable servant Al Eile landed the second of his three Aintree Hurdles and the 12-time winner's achievements are remembered tonight at his trainer's local track with this race named in his honour.

Eoin Doyle has enjoyed plenty of success at the Waterford venue and his string appear to be in good heart at present, enjoying three winners from his last six runners. This evening he is represented by Jefferson Davis who bids to follow up his recent Clonmel victory after being raised 5lbs by the handicapper.

Magnetic Force bumped into the progressive Mr Picotee at Wexford eight days ago but could take a further step forward in this contest over a course and distance he has already been successful at.

Speaking of Tramore specialists, Noel Dooly's Coolfighter appears to love the seaside setting, winning here on three occasions between Flat and hurdles, and is expected to strip fitter this evening after a few runs in the spring.

Gordon Elliott saddles Zanjabeel, who hasn't been able to build on his Punchestown maiden hurdle victory last October but could be seen in a better light now making his second start in a handicap.

The field is completed by Danequest, who makes his first start for Liz Doyle, Dot Love's Double Speak and the lightly-weighted pair of Winsor Vixen and Coherent.

Fighter falling down the weights

Coolfighter was successful in a handicap off a mark of 114 last year and after peaking at 118, he now races 1lb below his last winning rating.

Robert Hennessy, trainer of Magnetic Force
He likes the track and is in good form at the moment. This looks a good opportunity for him and we're hopeful. The better the ground, the better his chance.

Noel Dooly, trainer of Coolfighter
He's in good form but it's taken a few runs to get him fit as he's got older. He likes Tramore and hopefully with a bit of luck he might put his head in front.

Eoin Doyle, trainer of Jefferson Davis
We've been happy with him since he won at Clonmel the last day and the track should suit him. He's in good order and we're hoping he'll run well.

John Kiely, trainer of Winsor Vixen
She's been trying for a while but hopefully she'll run well. She should improve a bit for her run last time.

Gordon Elliott, trainer of Zanjabeel
He's in good form at the minute and should have improved for his run the last day. We're hoping he'll run well.