Latest BACK IN THE PLATE 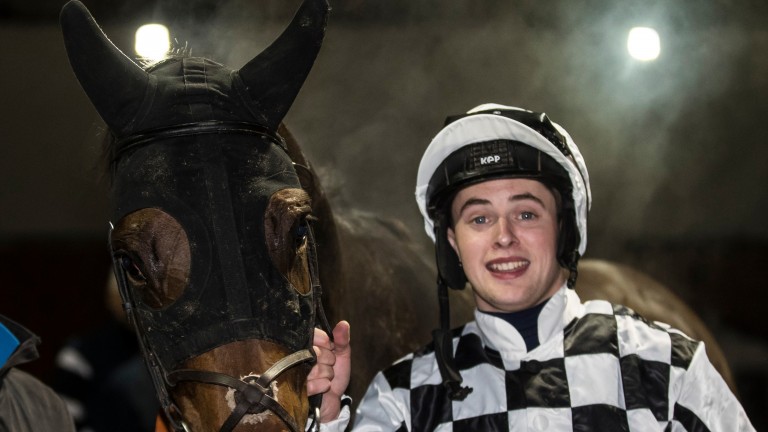 Robbie Downey: was hit with a six-month ban for taking cocaine despite proving his innocence
Patrick McCann
1 of 1
By David Jennings UPDATED 12:00PM, MAY 23 2020

Robbie Downey has been granted a licence by the Irish Horseracing Regulatory Board and is free to ride in Ireland when racing resumes on June 8.

The 23-year-old has been living out a nightmare since last October when cocaine was found in a urine sample and France-Galop handed down a six-month ban.

Downey denied the accusation, saying he did not take the drug and argued the positive sample must have come from environmental contamination.

Two hair samples requested by Downey himself came back negative, but he lost his appeal in France and the BHA reciprocated the ban handed down by the French authority, a decision the Professional Jockeys Association chief executive, Paul Struthers, called "a really dark day for the BHA".

The light at the end of the tunnel arrived this week when the IHRB notified Downey his application for a licence had been successful.

Downey said: "I'm delighted to say the IHRB have granted me a licence and I am allowed to go back riding.  I'm very grateful. I'll be free to ride when racing resumes on June 8 and I cannot wait to turn over a new leaf.

"Dermot Weld has been very kind to me. My agent [Kevin O'Ryan] contacted him when I returned to Ireland and I've been riding out in his yard in the mornings. I can't wait to get back going again.

"I feel like I have been unfairly treated, but I just want to put it all behind me now and start again."

Downey rode 101 winners in Ireland between 2013 and 2018 before moving over to England to ride for David O'Meara and David Barron.

An interview with Robbie Downey will be live on racingpost.com at 6pm on Wednesday, May 27, or in that night's digital edition from 9pm

FIRST PUBLISHED 6:33PM, MAY 22 2020
I feel like I have been unfairly treated, but I just want to put it all behind me now and start again

Goodwood still planning for unrestricted Glorious meeting despite lockdown delay Ger Lyons backs Bolger over anti-doping comments and calls for action 'What else would I do at my age?' - 80-year-old trainer wins with only horse Punter sues Paddy Power over disputed £286,000 winning bet at Wolverhampton What's on this week: the biggest names in racing are heading to Royal Ascot Smart prospect Zawara on the mark for Dermot Weld