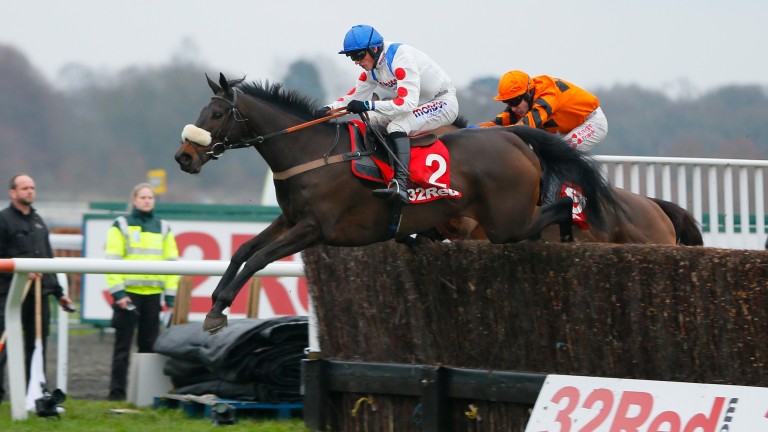 The first Grade 1 of the British and Irish jumps season will have a fitting field with stars Clan Des Obeaux, Delta Work and Road To Respect among the five declared for the Ladbrokes Champion Chase at Down Royal.

Jumps luminaries such as Kauto Star, Don Cossack, Beef Or Salmon and Florida Pearl have captured the 3m Grade 1 in previous seasons, and each of the five runners this year is at least a winner at Grade 2 level.

They are headed by Clan Des Obeaux, winner of the King George VI Chase last season for trainer Paul Nicholls, who is the leading trainer in the race with four winners: Taranis (2007), Kauto Star (2008, 2010) and Kauto Stone (2012).

Leading owner Gigginstown House Stud are responsible for three of the five runners, chiefly Grade 1-winning novice chaser Delta Work, who will be ridden for the first time at the races by Keith Donoghue. Davy Russell, who rode Delta Work last season, rides Alpha Des Obeaux for the same owners.

Road To Respect, winner of the contest 12 months ago, completes the team for Gigginstown. He is trained by Noel Meade, who also saddles recent Grade 2 winner Snow Falcon.

Five runners will also go to post for the Grade 2 Daily Mirror Chase, a race which has been dominated by Nicholls and Noel Meade over the last decade.