Down Royal boss nominated for manager of the year award 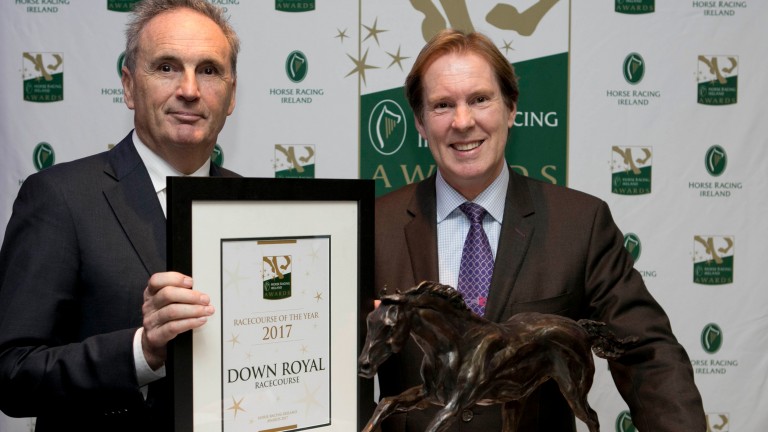 The efforts of Down Royal racecourse manager Mike Todd have been acknowledged after he was shortlisted for the platinum manager of the year at the Belfast Telegraph Sports Awards.

Todd, who has given more than 21 years of service to the racecourse, recently collected the 2017 prize for racecourse of the year at the HRI awards on behalf of Down Royal.

Robert Baker, a former champion point-to-point rider and long-time assistant to John Dunlop, died peacefully at Salisbury Hospital at the weekend. He was 78.

Dunlop remembers Baker fondly, although it was back in the 1960s and 70s that he assisted him.

He said: "Robert worked for me for 12 or 15 years, if not more, and he was a wonderful righthand man. He was very capable, very enthusiastic and very hard-working, and he was also an excellent rider.

"He used to take a team of horses down to Cagnes-Sur-Mer every winter and we had great success down there. He won an amateur riders' race there on the one-eyed Belper, and I think that might have been the only bit of riding he did for me. His wife Jane, now Jane Arnold, ran the yard I used to lease from Ryan Price at Findon and they were both highly valued members of the team."

Baker trained for a while, at Manton and then at Compton, and in recent years lived close to Paul Nicholls and would help out hosting guests on the gallops and around the stables when Nicholls was busy.

He is survived by his daughters Emma-Jane Bishop, the trainer, and Camilla Kirtley, formerly on the staff at Ascot racecourse. He attended both daughters' weddings last year.

There will be a thanksgiving service on Monday, February 5 at St Mary the Virgin, Gillingham, Dorset. No flowers please, but donations to the Injured Jockeys Fund are welcomed.

FIRST PUBLISHED 3:48PM, JAN 10 2018
Todd, who has given more than 21 years of service to the racecourse, recently collected the 2017 prize for racecourse of the year at the HRI awards