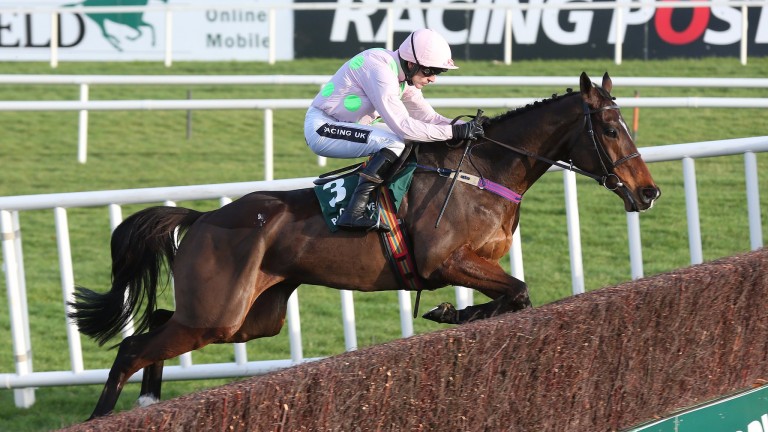 Douvan bids to extend his unbeaten run for Willie Mullins to 13 in the Tied Cottage
CAROLINE NORRIS
1 of 1
By David Jennings 5:02PM, FEB 3 2017

Douvan will bid to extend his winning sequence to 14 in the Grade 2 BoyleSports Tied Cottage Chase at Punchestown on Sunday when he will face just three rivals.

The hot favourite for the Betway Queen Mother Champion Chase is 1-14 with Paddy Power to register a ninth success over fences and his biggest threat, Smashing, is officially rated 18lb inferior to him. The quartet is completed by Realt Mor and Draycott Place.

There could be some clues on offer for the Sky Bet Supreme Novices' Hurdle in the opening 2m Listed novice hurdle as the unbeaten Cilaos Emery from the Willie Mullins stable takes on stable companion Camelia De Cotte. Also in the line-up is the Gordon Elliott-trained Mick Jazz, who is a leading fancy for Next Saturday's Betfair Hurdle at Newbury.

Last year's winner Bonny Kate is back for more in the racinguk.com/freetrial Grand National Trial Handicap Chase and she will finally get her favoured conditions under Sean Flanagan.

The seven-race card begins at 1.30 and the going is currently soft to heavy.