Douvan should find it plain sailing back in Grade 1 company 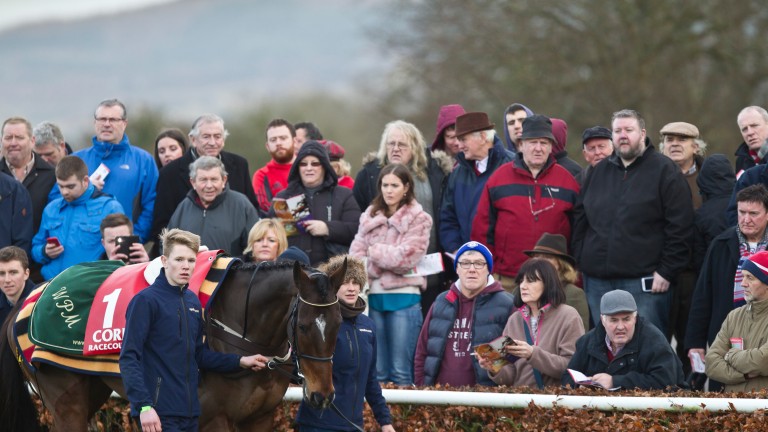 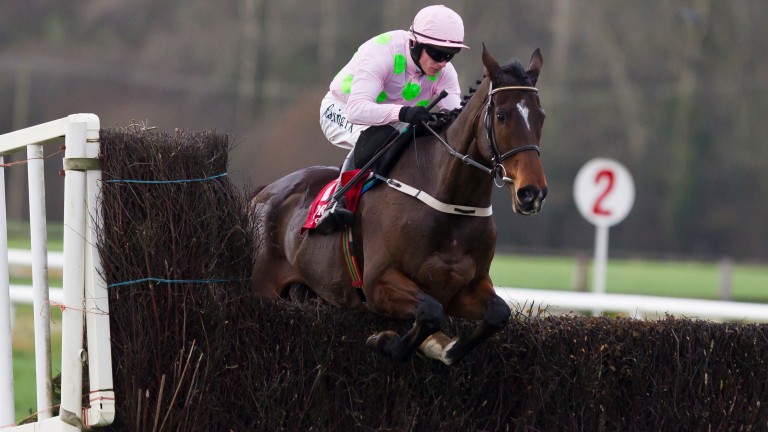 Douvan bids to enhance his status as one of the most exciting chasers of recent times when he tackles four rivals in his quest for an eighth Grade 1 win in Tuesday's feature Paddy Power Cashcard Chase.

A raging hot market leader for the Betway Queen Mother Champion Chase at Cheltenham in March, the majestic six-year-old returned with a bloodless triumph in Grade 2 company at Cork just 16 days ago, when a slight mistake three out was his only hiccup.

"Every day is different with horses and they aren't cars you can just turn on and off," said regular rider Ruby Walsh, who was replaced by Paul Townend at Cork but is back on board here.

"Having said that, if the Douvan who's turned up for us every time before turns up again he should win. He was brilliant at Cork and I'm looking forward to getting back on him. He's very exciting and I'm just glad I didn't have to get off him this time."

Placed in the last two runnings of this contest, the Brian Harding-ridden Simply Ned again bids to become the first British winner of the race.

Black Hercules is dropping to the minimum trip for the first time since landing a maiden hurdle at Cork two years ago.

An authoritative winner of the JLT Novices' Chase at Cheltenham in March, Townend's mount ran a lifeless race on his reappearance in the John Durkan.

Henry de Bromhead won this €100,000 event four years ago with his brilliant two-miler Sizing Europe. He saddled Days Hotel to get closest to Douvan at Cork, and this time gives Alisier D'Irlande the task of chasing the 169-rated favourite's shadow.

One of three six-year-olds on duty, the freegoing sort clocked a career-best effort over course and distance in February and will be partnered for the first time by David Mullins.

De Bromhead said: "We obviously know how tough it will be with Douvan in there, but he seems in good form. All his best form as a novice was on soft ground, so he probably wants it softer and I'd say the ground was too quick for him at Naas."

Sizing John, successful for De Bromhead in the 2014 Future Champions Novices' Hurdle, is the other who hails from the 2010 foal crop.

The Alan Potts-owned horse has spent much of the last two seasons banging his head against a brick wall that goes by the name of Douvan, last season's 18-length second in the big novice chase here one of seven placed efforts behind Mullins' indefatigable star.

This constitutes a new beginning for Sizing John as he makes his first start for Jessica Harrington under Robbie Power, but the outcome is likely to be similar.

"We're only learning about him, but I like what I've seen so far," Harrington said. "He's never beaten Douvan but is fresh and well. I don't know at this stage if he'll be staying at two miles or going up in trip – we'll get this out of the way and go from there."

Although we need to be careful not to prematurely crown Douvan, the manner in which he has swept aside allcomers over the past two years has been little shy of sensational.

Unbeaten in 11 for the champion trainer, he has already plundered two Grade 1s here by an aggregate 33 lengths. With Sprinter Sacre retired, it's hard to envisage anything touching him over the minimum trip right now.

FIRST PUBLISHED 6:00PM, DEC 26 2016
With Sprinter Sacre retired, it's hard to envisage anything touching him over the minimum trip right now, and it may be that he isn't tested until he steps up in trip