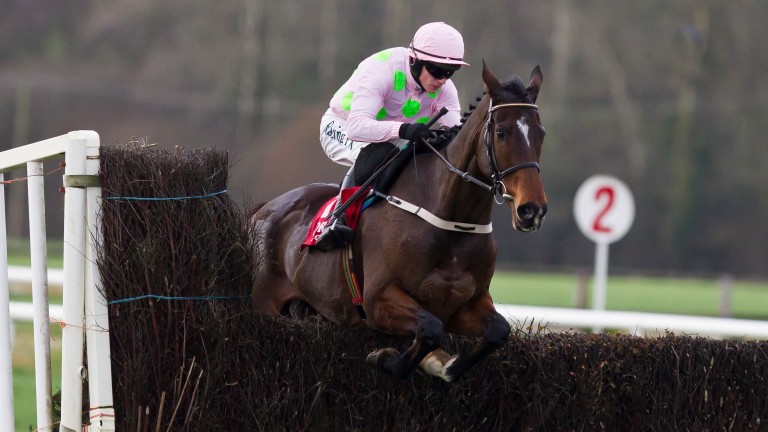 Paul Townend believes a revitalised Douvan will take all the beating in an exciting showdown with stablemates Min and Un De Sceaux in the BoyleSports Champion Chase on the opening day of the Punchestown festival on Tuesday.

Douvan was on Sunday trimmed into a general 5-4 chance for the €275,000 contest in which Willie Mullins has launched an all-out assault as he battles for the trainers' title with Gordon Elliott.

The 2016 Arkle winner was travelling well when falling at Cheltenham last month and confidence that he could be back to his best grew on Sunday after Townend and Mullins agreed Douvan was the one to ride over Min and Un De Sceaux. 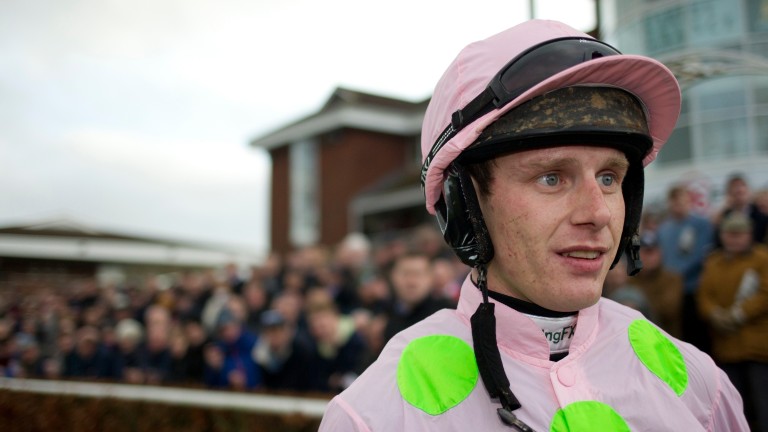 Townend, who has an unbeaten record on Douvan and replaces the injured Ruby Walsh, said on Sunday: "I'm really looking forward to riding Douvan. Willie discussed with me what I might ride and I suppose you could call it a committee decision.

"He was travelling strongly until falling four out in the Champion Chase at Cheltenham and has shown no ill effects of the fall. He seems in great form and hopefully he'll take all the beating."

Townend was on board when Douvan won a novice hurdle on his first start for Mullins at Gowran Park in November 2014 and also rode him to victory in the Grade 1 Maghull Novices' Chase at Aintree in 2016 and in the Grade 2 Hilly Way Chase at Cork later that year.

Mad about Punchestown? Try our quiz

Douvan will have the chance to show he is still a force in a race Mullins – who trails Elliott by €521,413 in earnings in the race for the title – last won in 2015 with Felix Yonger.

Min chased home Altior in the Champion Chase at Cheltenham and was second at Aintree in the Melling Chase, while Un De Sceaux, who will be ridden for the first time by Patrick Mullins, comes into the race after easily winning a Grade 2 at Fairyhouse's Easter meeting.

Mullins also saddles Ballycasey in a race in which Elliott also has four runners. Doctor Phoenix was the shortest-priced of those on Sunday at a general 6-1.

Mullins and Elliott are responsible for 23 of the 31 declarations for the trio of Grade 1s on the first day of the meeting, which start with the Herald Champion Novice Hurdle.

Getabird, who disappointed in the Supreme before getting back on track at Fairyhouse, heads the betting for Mullins from Mengli Khan, who finished third in the Supreme for Elliott.

The Growise Champion Novice Chase is the final Grade 1 on Tuesday's card, with Elliott and Mullins holding eight of the 11 declarations. But they could be playing second fiddle to RSA runner-up Monalee, who is market leader for Henry de Bromhead.

The field also includes the Colin Tizzard-trained Finian's Oscar, winner of the Grade 1 Manifesto Novices' Chase at Aintree on his most recent start.

Richie Galway, racing manager at Punchestown, said on Sunday: "The declarations for the big races on the opening day are absolutely brilliant. They augur well for the rest of the meeting.

"Our ground today is yielding and, while the forecast for the next few days is unsettled, we're talking about a mixture of sunshine and showers, with temperatures dropping a bit. The track is in good shape and I don't expect much change in the ground for Tuesday. It will be yielding or possibly good to yielding."

FIRST PUBLISHED 11:52AM, APR 22 2018
He was travelling strongly until falling four out in the Champion Chase at Cheltenham and has shown no ill effects of the fall